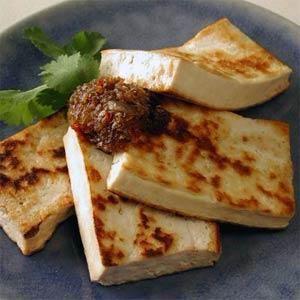 Thanksgiving is a long standing American tradition, and brings to mind visions of roast turkey, mashed potatoes and other butter-laden foods. Americans living a vegan lifestyle, however, don’t eat meat, dairy or eggs, and are finding ways to carry on this time honored American holiday.

Jessica Reed, 27, is a former Washburn student and has been vegan with her husband and children since fall of 2009. She explained what prompted the change.

“Late October, early November 2009 is when I made the switch from one day eating lots of meat and dairy to the next day, cold lettuce and not cold turkey, going vegan,” said Reed. “It was a buildup of knowledge over time from a friend of mine who was vegan. But also the main reason was I watched the documentary “Earthlings,” and it changed my mind. I didn’t feel like I had a choice anymore. I was vegan.”

Reed did tons of research to make sure the decision her family had made would be beneficial to their health.

“I didn’t know what to do, so I did research,” said Reed. “I read a book, did a lot of online research reading articles and watched [many] videos. I decided it was the best decision for me and my family. I didn’t want to participate any longer in the suffering of animals since it wasn’t necessary for my health, and it is better for the environment to adapt this lifestyle. I no longer cook animal products or spend my money on them.”

Reed says proper nutrition for her family was something she had been concerned about prior to doing all the research. She has a 10-year-old daughter, 4-year-old son and an 11-year-old stepson.

“I wanted to learn especially about protein and calcium,” said Reed. “I immediately found it was really easy and I was just misinformed about it. Calcium is in leafy greens and almonds. Protein is in everything from grains and vegetables. There are things like quinoa and amaranth that I had never eaten before, and are eaten all over the world that are naturally vegan, ethnic cuisines, but are unfamiliar to our drive through western diet. Being vegan opened up a whole new world to me and I have no problem getting all my nutrients.”

Reed says most people believe that meat is necessary for amino acids and that she has learned that is not the truth.

Amazingly, Reed is feeding her family a fairly traditional Thanksgiving feast. Relatives who are not normally vegan will be in town.

“I just bought, the other day, a tofurkey roast,” said Reed.  “You can get that at Akins or any other health food store. It’s like a roast that is stuffed with stuffing and comes with a gravy. I was going to make it homemade like I did the year before. There are great recipes online for homemade wheat ‘meat’ recipes, but I decided not to since I am making so many other things this year and it would save me time.”

Cornbread, dinner rolls, pumpkin rolls, pumpkin pie, green bean casserole, stuffing, cranberry sauce, gravy, squash and mashed potatoes are some of the other items that will be headlining the Reed family vegan Thanksgiving.

“All those things are easy to make as long as you make sure the butter you use is non-dairy,” said Reed. “It tastes exactly the same. The butter I use is ‘Earthbalance’, made by the same brand as ‘Smartbalance.’ There are lots of margarines out there that are already vegan. Then, also making sure to use non-dairy milk, like soy milk or almond milk.”

For those who may want to try a vegan Thanksgiving, but not adventurous to try making tofurkey at home, Blue Planet Café is offering some Vegan catering this year.

“At Blue Planet Café, we are offering some vegan alternatives for Thanksgiving,” said Grace Kasper, who works at the café. “Vegan turkeys and vegan pies. You can order one as long as you order before the 17th of November. Our vegan turkeys are made similar to our seitan.”

Seitan is a wheat “meat” made with vital wheat gluten. Blue Planet Café has vegan options 365 days a year and is located on 8th and Quincy downtown.

Reed offered some suggestions for people wanting to learn more about veganism or wanting to try vegan cooking at home.

“Great books include, ‘The Kind Diet’ by Alicia Silverstone and ‘The Vegan Lunchbox,’ [blog]” said Reed. “There is a great website, www.icantbelieveitsvegan.com, that tells you what foods you are already eating that are vegan, and PETA has a great vegan starter kit they will mail to you or you can download. Google saved my life though.”

Reed says her neighbors have been borrowing cookbooks, and she is thrilled with how the vegan lifestyle is growing in interest and popularity.

“My next door neighbors just decided to go vegan after watching the documentary ‘Forks over Knives,'” said Reed. “Then a couple houses down, they have decided to do the same thing. It is amazing how it is catching on. My neighbor decided to borrow a couple recipe books for Thanksgiving. Because this is all so new to her and she is having a lot of family in from out of town, she is going to make everything [but the turkey] vegan, and she is sure no one will know the difference. It’s so easy and it tastes great. You would never know.”