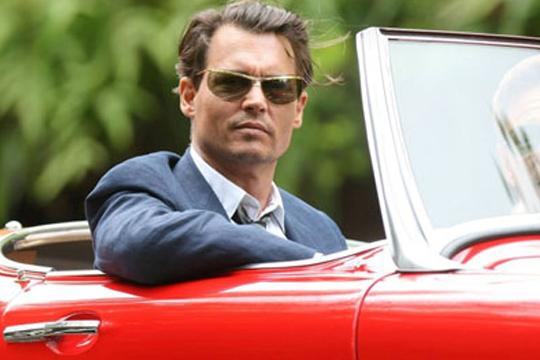 When I first sat down to watch “The Rum Diary,” there were two thoughts running through my head: “I came to the 1 p.m. Monday showing, and I have the theater to myself” and “can this be considered a prequel to ‘Fear and Loathing in Las Vegas’? Both movies were based on novels written by and loosely-based on the life of Hunter S. Thompson and both star Johnny Depp.”

“The Rum Diary” is the story of a young journalist named Paul Kemp (Depp) in San Juan, Puerto Rico working at a dying newspaper while trying to express his depression and discontent with the poverty of the locals while being wined and dined (mostly wined) by businessmen who want him to plant key articles that will help them build more beach front hotels.

Thompson wrote the novel on which the film is based at the age of 22 and although Kemp’s age is never given, it is safe to assume the main character was roughly the same age. This puts Depp, at 48, more than twice as old as the character he is portraying. I do not know if there was some “Jeff Bridges in ‘Tron: Legacy'” digital youth-ifying or if Depp’s face is really that wrinkle-free, but he manages to look and act as younger or as young as his co-stars, including a love-interest named Chenault, who is played by 25-year-old Amber Heard.

Depp’s Dorian Gray-ish aging aside, this movie does not have much to offer. The plot frequently detours to allow for madcap antics of Kemp and Sala (Michael Rispoli), a newspaper photographer and Kemp’s watered-down equivalent to Duke’s Dr. Gonzo. Granted, a lot of these incidents are pretty funny and it makes every kind of sense that a twenty-something would bemoan the plight of a people kicked off of their own beaches while signing contracts to help investors build more hotels and disregarding it all to get wasted or chase after some guy’s girlfriend.

And I can hardly criticize Kemp for shifting from an idealistic young reporter with clean suits and Don Draper hair to a disheveled drunk with stained shirts and hair hanging in front of his face, then back again the next morning without feeling like a hypocrite. But as much as most of us might identify with Kemp, the inconsistent plot does not make for a very good movie.

As much as I enjoyed certain parts of this movie, too much of it plays like a toned-down “Fear and Loathing” with a clearer theme and a more lucid protagonist.