Two-Spirit films to play at Mabee 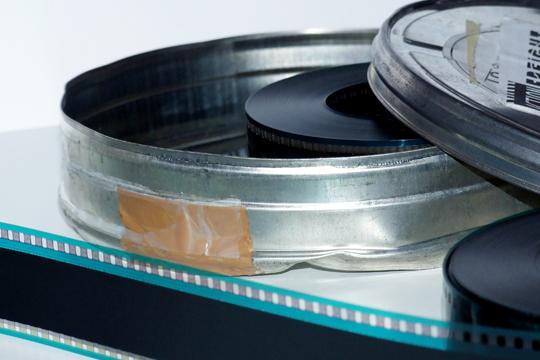 With recent suicides of homosexual teenagers and pervasive intolerance and ignorance always holding their ground, the Washburn University English Department will host the Two Spirit Mini Film Fest at 5 p.m. tonight at the Mabee Library, hosted by Dennis Etzel, Jr., lecturer of English at Washburn.

The name of the festival came from the idea in certain Native American cultures that lesbian, gay, bisexual and/or transgender people actually are inhabited by the spirit of their opposite gender.

“What society sees as lesbian or gay is different from what Native American affiliations see,” said Etzel. “If someone’s Navajo, the ideas of sovereignty for reclaiming culture before colonization would have four if not five genders.”

Two films will be featured. “The Business of Fancydancing,” written and directed by Sherman Alexie, in preparation for his proposed visit in the spring, tells the story of a young Spokane man coping with his sexuality, while continuing the tribe’s tradition of festive dancing.

Following that, “Two Spirits” is a documentary about the murder of 16-year-old gay Navajo boy, Fred Martinez.

“We’re trying to get information out there about this movement that’s going on right now and the overall Native American culture,” said Etzel.

Being caucasian, Etzel was originally worried that the festival might seem disingenuous or fraudulent, but has full faith in what the English department is doing.

“I very much approach it with a caveat,” said Etzel. “If anything, it’s in support of the people who would be two-spirit and reclaiming this idea of sovereignty.”

The main objective of showing the movies is to introduce people to different concepts of Native American life and break down common stereotypes that intrude into the public consciousness.

“With each tribal affiliation, there’s a different culture,” said Etzel. “There are different practices and histories. All those myths that are still trying to be broken down, that’s one reason why I like trying to support people who have been marginalized or are marginalized still. That’s something that needs to get into the system.”

Being more than halfway through the semester with finals looming over students’ heads, Etzel believes the festival will be a high-quality way for students to take a break and enjoy themselves and possibly learn something fresh.

“You need to balance work and pleasure,” said Etzel. “Maybe it’s something that you haven’t heard of that would be new to you.”

The Two Spirit Mini Film Fest is free, open to the public and extra credit is being offered to select classes.