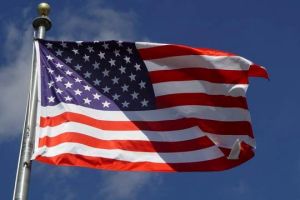 Brother, sister, parent, grandparent or friend—almost everyone knows someone who has served in the U.S. military.

Veterans Day is dedicated to honor and thanks all who served in the United States Armed Forces. Even though it is considered a solemn day of dedication, its roots were originally immersed in controversy.

Veterans Day was originally created to honor the heroes and fallen soldiers of World War I. However, the veterans of World War I felt the oppression of being unemployed after the war and waiting on their service bonuses. They did not feel honored as the day intended.

Currently, there are a projected 22,658,000 veterans between the Vietnam War, Gulf War, Korean War, World War II and during peacetime. The Kansas veteran population alone was 225,100 as of September of last year.

The Topeka Veteran’s Association Hospital was first built in 1962 as the Winter General Hospital. It was transferred to the VA in 1945 and was the first Army hospital in the country to be operated by the VA, following World War II.

Rosemarie Adkins, librarian at the Veterans Health Administration, said that the VA was oriented towards psychiatric studies until the mid 1970s. Then it transitioned toward general medicine.

“The VA’s goal is give thanks to the veterans for what they did for our country, rehabilitate them and ease their transition into civilian life,” said Adkins.

The National Veterans Day Ceremony is at the Arlington National Cemetery in Virginia. For those unable to travel to Arlington, they can observe Veterans Day in ceremonies all across the country.

The Washburn ceremony will take place at the southeast corner of Morgan Hall at the Washburn Veteran’s Memorial on Nov. 11. The ceremony will begin with a cleansing, blessing and prayer song by the Standing Bear Intertribal Brotherhood. The Standing Bear Intertribal Brotherhood is dedicated to the victims of Agent Orange, a specific blend of herbicides sprayed on vegetation and trees that enemy forces used as cover during the Vietnam War. Keynote speaker for the event is Major General Lee Tafanelli, the Adjutant General of Kansas.

There will also be an “Armed Forces Medley” performed by the Capitol City Barbershop Chorus and a special veteran tribute. There will be a reception in the Kansas room of Memorial Union following the ceremony.