Tails on the Trail benefits Topeka 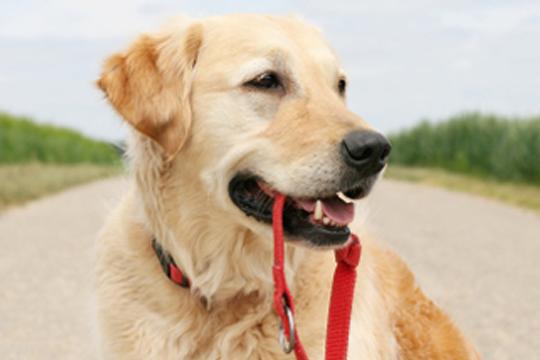 Pet lovers and jogging enthusiasts alike had the opportunity to support their local animal shelter Saturday while getting some exercise.

Tails on the Trail is an annual 5k—or about 3.1-mile—race generating donations for the Topeka Helping Hands Humane Society.

Participants, either with or without canine counterparts, made their way around Shawnee North Community Park November 5, 2011, after registering for the event.

“I found out through [a friend] who knows I run with my dog,” said event participant, Laura Lauridsen. “I liked it a lot. The course, you know, was kind of fun.”

Lauridsen participated in the event with her dog, Junior.

Participants who weren’t able to bring their own pets could borrow dogs to run with for the course. All of the rent-a-dogs had an opportunity to run or walk the course, as enough of the human runners didn’t own canines of their own.

The previous year’s run generated $10,000. Those donations were used to fund the purchase of two dog kennels for the Helping Hands Humane Society.

This year’s donations generated from the race will go towards the construction of a new shelter with additional space for animals and updated facilities. The new building will allow Helping Hands to accommodate the animals that there currently isn’t space for.

“The new shelter is going to have a plaque saying “Tails on the Trail 2011″ so people can see what their money went to,” said event co-founder and Washburn graduate, Linda De La Rosa.

The Helping Hands Humane Society is a non-profit organization striving toward providing animals homes, spade and neutering efforts and community education about animal issues, according to the group’s website.

Donations generated by Saturday’s event were estimated at over $10,000 with more than 250 runners participating this year. More money was raised during the 2011 Tails on the Trail than during the previous year’s event.

“I don’t know what our final numbers are for registers yet, but it was really good,” said De La Rosa. “We are really glad to see a lot of the same people from last year and new faces too.”

Planning for next year’s Tails on the Trail is already underway, according to De La Rosa. Event organizers hope for continued participation growth to help support the local Humane Society.