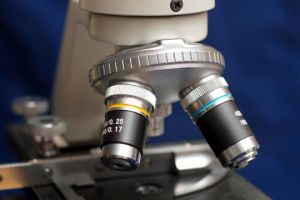 The Washburn Biology department welcomes Jason Emry, who comes to Washburn from Nebraska Wesleyan in Lincoln, Neb., where he received his bachelor’s degree in 1994.

Emry’s early career path involved physical therapy. After taking a required course in botany, he found that plant life was much more interesting. For the Spring 2012 semester, Emry will be teaching Introduction to Biology.

Emry teaches in the botany lab, working on research projects with biology majors.

Before coming to Washburn, Emry worked part-time at KU in the botany labs on campus.

Emry designed a computer model that helps conduct research on invasive species of plant life that is hard to do by nature but can be simulated on screen. He works with biology students with seed biology, which is the dormancy of seeds and what signals they give in order to germinate.

“It shows how plants can produce seeds and how that happens,” said Emry.

Emry also works with a fellow faculty member, Rodrigo Mercader, who teaches Evolution and Ecology. Mercader’s focus is more on insects and how they relate with plants.

Mercader comes to Washburn from Michigan State University where he got his masters degree and PhD with dual degrees in Entomology and Evolution Ecology and Behavior. Mercader received his bachelor’s in Ecology at University of California at Davis.

While getting his post doctorate at Michigan State, Mercader did research on the spread of the emerald ash borer, which is a pest of considerable ecological and economic importance. Other research of Mercader’s includes environmental change and species interactions, evolution of ecological interactions and plant responses to inject injury.

He taught a course for a quarter in entomology (specializing in insects) at Kalamazoo College in Michigan before coming to Washburn.

“The opportunity was there at Washburn and was a perfect fit,” said Mercader.

Mercader spends a lot of time outdoors and appreciates what there is to offer.

“On a personal level, I enjoy bugs that eat plants,” said Mercader.

His favorite insect is the Canadian tiger swallowtail.

Mercader also collaborates with Emry on plant and insect interactions.

“We’re interested in how organisms evolve and what traits they have to interact with one another,” said Mercader.

For more information on Mercader’s research studies, feel free to visit his website at https://sites.google.com/site/rjmercader.