CDs for the Holidays 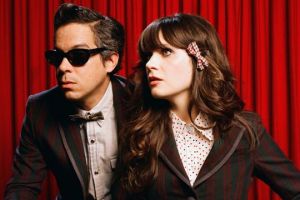 Along with giving gifts and goodwill toward others, the holiday season also comes with its share of socialization and the occasional party or two.

While Bing Crosby and his ilk have their special place in Christmas music canon, they’ve been heard more times than most people care to mention. Picking the right music for celebrating under the mistletoe is crucial for a memorable time. Here are some suggestions to keep a Christmas party in the friends’ minds for years to come.

The crown jewel of new Christmas music comes from “Family Force 5’s Christmas Pageant.” While some may argue about the merits of such a collection of Yuletide tunes, the Atlanta, Ga.-based crunk-rock band is sure to stick out of the monotony of the same rendition of “White Christmas” your grandmother plays every year.

Family Force 5 keeps the spirit of the original classics like “Carol of the Bells” and “Angels We Have Heard on High,” but adds enough originality with their self-aware heavy use of auto-tune and electronic influences to make their songs their own. Even if the music isn’t a particular person’s cup of tea, everyone will have a smile on their faces.

Their cover of “Little Drummer Boy” is especially interesting, since the band does not include a drummer. However, the definitive Family Force 5 Christmas song is without a doubt “The Baby.”

Despite being what my ninth-grade history teacher called a “12-year-old-girl band,” alternative rock band Relient K does an admirable job arranging their own Christmas LP with “Let it Snow, Baby…Let it Reindeer.”

The band keeps things traditional with tried and true renditions of “Sleigh Ride” and “Silent Night.” Nevertheless, Relient K also offers more up-tempo and humorous versions of “12 Days of Christmas” and “I’m Getting Nuttin’ for Christmas” and even a few original songs.

Relient K finds a good balance between young and old with their music and they are a fairly safe bet.

“A Very She & Him Christmas” mainly makes it onto the list because “She” is Zooey Deschanel from the TV show “New Girl” and is one of my seven wives prescribed by Odin.

The band tends to play it safe throughout the album, but they mainly differ by reversing the singing roles in “Baby, It’s Cold Outside.” Somehow the song is slightly less creepy when it’s about a girl trying to get a guy drunk on Christmas.

At any rate, the album is decent enough if the other two are found unsuitable.