Christmas time not so merry for some 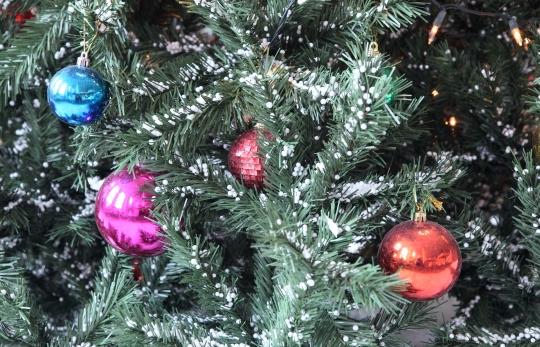 Its that time again. Time to lament grandma getting run over by a reindeer for the 50 billionth time. Not to be that curmudgeon but there are a few things about this time of year that drive me crazy.

First off, I just want to state for the record that I am in fact a fan of older music from artists like Frank Sinatra, Nat King Cole, Dean Martin and all the other artists that are associated with some of that great classic christmas music.

That said by the time of this printing we are only seven days into the month and already I experience small anger blackouts every time I hear “White Christmas.” I am thoroughly convinced that whoever wrote the song probably was living somewhere that it doesn’t snow at all. Not that I mind the snow, but since we still have most of the month and January and February still ahead of us do we need to be reminded that cold weather and temperatures will be here soon enough.

However all of that is trumped by the inevitable torrent of cover albums that come out as well. Bruce Springsteen was in fact, “Born in the USA” and “Born to Run” but should refrain from telling anyone that “Santa Claus is Comin’ to Town.” Especially musically. Just when you think its safe to turn on your radio the boss goes and makes all my childhood memories cry a little.

Springsteen isn’t the only offender as other luminaries of the past such as John Denver have given us an uplifting song like, “Please Daddy (Don’t Get Drunk This Christmas).” With hits like this who needs “We Three Kings?”

Not to be outdone, TV has started to populate itself with the unending loop of movies like “A Christmas Story.” Yes I know that I will shoot my eye out with a BB gun. I know this because my secret decoder ring, besides telling me that I should buy more Ovaltine, tells me so.

The other thing is the seeming lack of manners that accompanies this time of year. Despite this being the season of thanks and all that, most people I have had the “joy” to encounter since Thanksgiving have been in a rather grouchy mood. From the guy who stepped in front of me at the grocery store to make sure they get checked out with their 50 plus items versus my three to the awesomely bad drivers that populate the streets of this fair city never have I been in less of a giving mood.

I do however appreciate the increase in telemarketing that has occurred. While I don’t have a landline phone, somehow most of these companies have managed to get me in their lists. As a result I have had Sam or Mary, living in the Mumbai area, asking me if I want to sign up for just one more low interest credit card. I, like most students in college, am going to graduate with well over $25,000 dollars in student loan debt. Of course I would love to sign up for another way to lose all my possessions and wreck my chances at owning a house someday.

The aggravation that these people cause is enough for me to take that incessant bell at the entrance of every store I go to and beat them about the head with it. In this time of peace and harmony, its about enough to make you want to wait on Christmas Eve at the fireplace with a bag full of coal to give to the big man himself.

So to sum it all up, Merry Christmas.