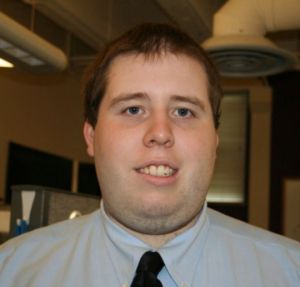 On Tuesday, the Associated Press reported that Kansas tax payers who make $25,000 or less per year will be receiving a 5,100 percent tax increase beginning in 2013 under republican Gov. Sam Brownback’s new tax plan, while Kansas tax payers and some businesses with incomes of more than $250,000 will see a tax decrease of 18.5 percent.

Low-income Kansans under this new tax plan would lose the Earned Income Tax Credit; a move which child advocacy group Kansas Action for Children said would put an additional 4,000 children into poverty. The group said in a press release that more than 90 percent of EITC dollars go to families with children. The governor’s budget proposal also allows less than $40 million in funding for the Children’s Initiative Fund, far below the $56 million suggested by the Kansas Children’s Cabinet.

“Elimination of the Earned Income Tax Credit would have a devastating impact on Kansas children and families,” said Kansas Action for Children President and CEO, Shannon Cotsoradis, in the release. “Governor Brownback made a commitment to reduce childhood poverty in his Roadmap for Kansas. Doing away with the EITC flies in the face of that.”

Brownback’s plan also proposes keeping the state sales tax at 6.3 percent, rather than dropping it to the currently scheduled 5.7 percent in July 2013. For a member of a party that is historically against raising taxes, a 5,100 percent tax increase for the lower class and an increase in the state sales tax seem to be the wrong direction to head. Brownback also wants to eliminate income tax deductions for charitable contributions and interest payments of home mortgages, according to the Associated Press.

Personally, I loved what Anthony Hensley, Kansas State Senate Minority Leader, had to say in the AP article.

“It’s Robin Hood in reverse,” said Hensley, a Topeka democrat. “This is stealing from the poor to give to the rich.”

For an administration supposedly taking a page out of President Ronald Reagan’s economic agenda, perhaps he should take the advice of Reagan’s vice president, George H.W. Bush.

Then again, Bush didn’t exactly stick to that plan, either. Instead, Brownback will continue to push his social Darwinist agenda, relying on the lower and middle class electorate for support while giving them none in return and actually harming them to help out the wealthiest.

And for some recent history on how that works out, look at The Boeing Company. Brownback and other representatives gave huge tax breaks and financial support to Boeing, only to have the company close its Wichita factory to relocate its operations to other states.  The loss of the plant caused 2,160 unemployed Kansans, just a bit more than the 2,050 Brownback cut last year, according to the Washington Post.