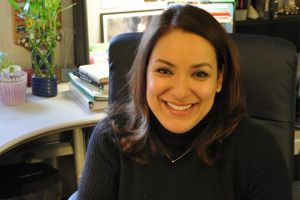 “National No Name-Calling Week” is a special event that takes place annually, and Washburn is celebrating it with an assortment of events, sponsored by OPEN. OPEN stands for open-minded, positive, equality and non discriminated. OPEN is a  LGBTQ friendly club in the sociology/anthropology department.

For “No Name-Calling Week,” OPEN is sponsoring a presentation by Robert Minor tonight at 7 p.m. entitled “Bullies, Name-callers & Their Victims” and is taking place in the Henderson Learning Center room 100. Then, on Jan. 26, a free film, “Cyberbully,” will be shown in the Kansas Room of the Union at 7 p.m.

“Cyberbully” is an ABC Family movie about a teenage girl who falls victim to harassment and abuse through social network sites. The movie shows how cyberbulling can really damage someone’s life.

“If these events can help just one student, then I feel like it’s a success,” said Resa Boydston, secretary of treasury of OPEN and a senior sociology major.

“We really consider each other family,” said Boydston. “We’re there for each other.”

OPEN has been a student organization for more than 10 years and are heavily involved in the Topeka community.

Boydston also said that events like “National No Name- Calling Week” are important because they raise awareness in the community and show that words really do hurt.

“That’s what hurts my heart so much,” said Boydston in regard to those who feel they have been tormented to the point of suicide.

Aljupri was able to attend some of last year’s National No-Name Calling Week events, including a presentation by an openly gay Muslim. Aljupri said that he liked the way that the speaker approached the controversial topic.

“He presented his topic from a social perspective, not a religious one,” said Aljupri.