Ben Lerner returns to Topeka to read at Mabee 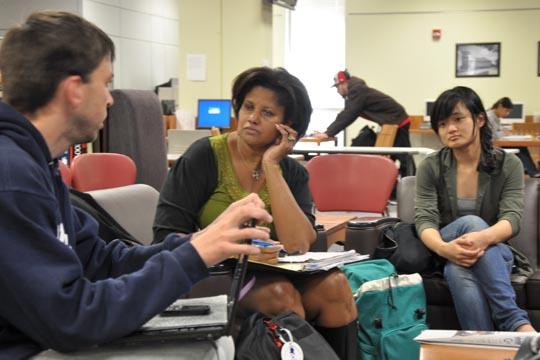 After making quite the impact on the literary world over the past few years, author Ben Lerner returns to his home of Topeka for a reading at Washburn’s Mabee Library on Monday at 5 p.m.

Among his many accolades, Lerner is the youngest writer to be published by Copper Canyon Press with his three books “The Lichtenberg Figures,” “Angle of Yaw” and “Mean Free Path.” The second book was a finalist for the National Book Award.

“It was Ben and all the great eminences of the poetry world at this big tuxedo banquet,” said McHenry.

Using his time as a Fulbright Scholar in Madrid, Spain, in 2003 as inspiration, Lerner’s new novel, “Leaving the Atocha Station,” has received mountains of praise and has been called one of the best books of 2011 by numerous publications, including a write-up in The New Yorker and an acclaim from celebrated author Jonathan Franzen.

“[Lerner’s] the smartest person I’ve ever met,” said McHenry. “I met him when he was 16 and still a student at Topeka High School. I didn’t feel like I was meeting a 16-year-old. You can only be grateful to be in his company. He’s not aloof or self-important or off-puttingly eccentric, like some geniuses are.”