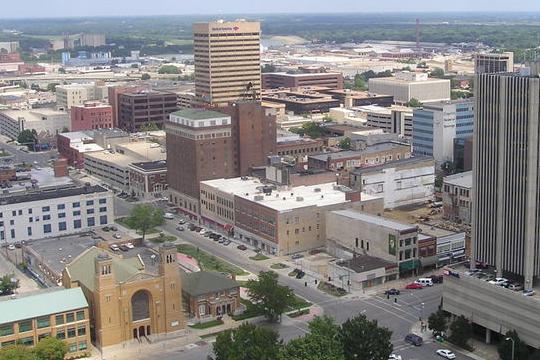 As the fall semester of the 2011-12 school year drew to a close, students living on campus packed their belongings and headed home to celebrate the holidays with family and friends.

Now, most students are back in Topeka for the second semester. However, some big news occurred around Topeka during the students’ absence.

A recent story in the Topeka area is the death of Corey Brown, the vice president of J&J Developers. On Jan. 3, Brown, 39, was determined missing when he did not pick up his son from daycare. On Jan. 5, Brown’s body was discovered in northwest Douglas County along the Kansas River banks.

The unordinary factor discovered was that hours after Brown went missing, a car belonging to a Monroe Lockhart, a managing member of Mo’s Express Convenient Store, was found burning on a nearby street. Mo’s Express is a part of the Hudson Crossing, where Brown was managing the property.

Police officers are still working with those who have information to determine and arrest those responsible for the death of Brown. However, two familiar situations in Hudson’s Crossing may be intertwined with the fatality.

Ron Miller, Topeka Police Chief, determined it was not a safe time to tell who the police were talking to and what information they were getting, but a few days later, it was confirmed by Lockhart’s attorney that police have contacted him and that Lockhart has given all information possible.

Arson was another big headliner in Topeka. On Jan. 5, the abandoned building that the WIBW-TV studios once resided in was destroyed. Michael Martin, Topeka fire department investigator, made the ruling that the fire was arson.

Witnesses reported seeing two unidentified people on top of the building before the fire. The studio has been unoccupied since 2001. No arrests have been made in connection with the fire.

Another big storyline is the trial of a Stephen Alan Macomber, 44, who was convicted of second degree murder of Ryan K. Lofton, 26, and criminal possession of a firearm.

After spending 23 years in prison for six counts of aggravated robbery and criminal possession of a firearm, Macomber had been out on parole for just nine months at the time of Lofton’s shooting.

Macomber represented himself in court, and was sentenced to more than 80 years in prison for crimes he committed in Marshall County. He is also being charged in the U.S. District Court with a June 4, 2010, bank robbery in Bellevue, Neb.

Though the trial still continues, the latest theory from the defendant said that the gun, due to being dysfunctional and being damaged, had a hairline trigger. This opens up the possibility that the gun may have been shot during a struggle with the deceased.

Another controvery emerged after Allen Bradshaw, the former Topeka Fire Department Chief, retired on Dec. 24 from his duties.

Although there were many qualified applicants, the chief had already been appointed for the position.

However, not everyone was extremely thrilled by the process used to determine who the chief would be.

The executive board of the International Association of Fire Fighters Local 83 could not express complete excitement for Bailey when it looked into how he was appointed.

Eight candidates were evaluated by a diverse committee of city leaders who subjected these individuals to rigorous testing and questioning.

However, Bailey was chosen as fire chief even though he did not apply for the job.