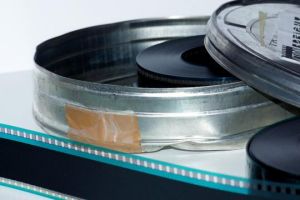 “Ruined.” Among the many definitions found in Merriam Webster, there was one that stood out. It simply read: “the act of destroying, laying waste, or wrecking.”

The play covers adult situations and topics, but is ultimately for a greater cause than just entertainment.

“It’s about women in the Congo who have survived gang rapes, what happens to them afterwards and their struggles to make a life for themselves,” said Sharon Sullivan, associate professor of Washburn theatre department. “It sounds grim, and it is in a way, but the play also offers up some hope, as well.”

Covering some of the issues brought up in “Ruined,” the diversity initiative will be showing a documentary film entitled “The Greatest Silence: Rape In The Congo.” A major reason behind scheduling the play this particular month was for people to have the opportunity to be educated about these issues before attending the play. The documentary is available free of charge for viewing in the Kansas Room of the Memorial Union from noon until 2 p.m., Feb. 8.

“Ruined” will premiere at the Andrew J. and Georgia Neese Gray Theatre at Washburn University on Thursday Feb. 23 at 7:30 p.m., with encore performances Friday and Saturday evening, as well. Sunday, a matinee will begin at 2 p.m. After Friday and Saturday’s performances, the audience will have the opportunity to talk with the cast and other audience members about the issues that arise during the play.

Admission is free for students with their Washburn I.D. and $8 for general admission.

“We’re going to donate three dollars of every ticket to the City of Joy in democratic republic of Congo, which is an organization that helps survivors of these sexual assaults,” said Sullivan.

According to drc.vday.org, the City of Joy “will provide women a place to heal emotionally as they rebuild their lives, turn their pain to power, and return back into their communities to lead.”

“Being African myself, I feel like this play is showing a side of the war that not many people get to see. It’s destroyed countless homes, lives and populations,” said Farai Harreld, a sophomore nursing major.

Harreld portrays the character Salima in “Ruined.” The play is bringing a small piece of another world for people to see.

The recommended audience is for those 16 and older due to the adult language and situations that arise within the play.

According to Sullivan, the show is unlike anything Topeka has seen before.

“And even though there are a lot of sad things, it’s basically a story about hope and survival, the resilience of the human spirit and ultimately about our ability to love one another,” said Sullivan.