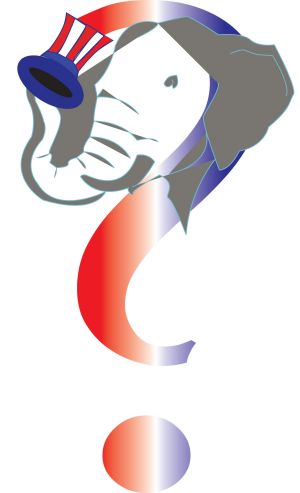 A week after the first three primaries finished in the republican primary season, the first major test of the process presented itself to candidates.

With an attrition rate of more than one candidate per primary, the field has thinned out considerably since the Iowa caucus Jan. 3. Gone are the likes of Michele Bachman, Jon Huntsman and Rick Perry. The field has narrowed down to the four main candidates: former Massachusetts Gov. Mitt Romney, former Speaker of the U.S. House of Representatives Newt Gingrich, Congressman Ron Paul and former U.S. Senator Rick Santorum from South Carolina.

With Florida’s 50 delegates up for grabs, all the candidates made their way into the sunshine state to campaign. With the largest war chest of funds among the remaining candidates, Romney’s election organization was in full swing two weeks prior to any of his opponents touching down. With a concerted attack effort on the Gingrich campaign, combined with a strong showing by Romney in the two debates prior to voting day, Romney was able to come out victorious against his main rival. Romney finished the campaign in Florida with 46 percent of the vote, while Gingrich took just 31 percent.

The defeat didn’t seem to phase the Gingrich campaign as the candidate spoke defiantly after the results were tallied. Failing to actually congratulate Romney, Gingrich went on to invoke the words of Abraham Lincoln.

“Now, you might ask — in the face of a 5-1 onslaught — how can that be true?” said Gingrich. “And I’ll give you the answer. It was stated at a historic moment in 1863, in dedicating our first national military cemetery by the president of the United States, Abraham Lincoln, who said we have government of the people, by the people, for the people. And we’re going to have people power defeat money power in the next six months.”

Romney, in contrast, acknowledged his three opponents before launching into what has turned into a steady drumbeat of attacks on the policies of President Barack Obama.

“Three years ago this week, a newly elected President Obama faced the American people and said that if he couldn’t turn the economy around in three years, he’d be looking at a one-term proposition,” said Romney. “We’re here to collect.”

In the meantime, the other two candidates have taken a resounding beating at the hands of the more mainstream Romney and Gingrich.

With just 13 percent in the Florida primary, Santorum, a self-proclaimed family values candidate, failed to resonate with many voters. Santorum followed up the performance with another dismal turn in Nevada, the next state up on the primary schedule. Polling just shy of 10 percent overall, the social conservative has yet to come in better than a distant third place since his razor-thin win in Iowa.

Similarly, Paul has been taking as equally a bad turn in the polls as of late. With sevenpercent in Florida and a better showing of 18 percent in Nevada, the libertarian leaning candidate has been consistent in his resolve to keep speaking on issues that resonate with him and his supporters. Paul shows no signs of slowing his campaign, though his on the ground operations have started to dwindle as his reserves of campaign funds continue to be exhausted by the primary process.

Moving forward with three of the first five contests under his belt, Romney will try to take his momentum into Colorado tonight. With 36 electoral votes on the line, it figures to be another lively night of speeches by the candidates.