Lanegan: An elegy for the blues 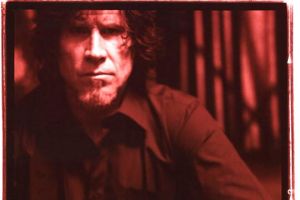 Mark Lanegan is Seattle’s own version of Johnny Cash. While peers and collaborators like Kurt Cobain and Layne Staley succumbed to their personal demons, Lanegan fought back and while he may not have fully won his battle with drugs and alcohol, he managed to earn a hard-won truce with his inner self.

Lanegan, singer for 90s grunge band Screaming Trees, as well as part-time vocalist in Queens of the Stone Age, often gave voice to his inner battles through solo recordings, which have tended to be much more stark and blues driven. Following a critically-acclaimed trio of albums with Belle and Sebastian singer Isobell Campbell, Lanegan has finally returned to his dark roots.

“Blues Funeral,” Lanegan’s 10th solo album, and the second credited to The Mark Lanegan Band, expands the sonic landscape which seductively surrounds his dark voice. At the same time, band members are smart enough to know when to hang back and let Lanegan’s darkly voice lead the choir of despair.

The album opens with a hypnotic trance beat of “The Gravedigger’s Song.” The unexpected thump, which lulls you under Lanegan’s shamanistic, dark spell, taps into America’s mesmerizing grind of daily life.

The album’s standout track “Bleeding Muddy Water” leads you deeper into Lanegan’s inner despair. With biblical cues and a dark, smoky blues that is like the devil’s seductive slither of ecstasy and inner decay. “Drown in the rain, then the rain done come,” Lanegan coos in a seductive voice that recalls a dark, New Orleans bar from a time eternal.

Mark Lanegan is the ultimate corrupter of souls. “Phantasmagoria Blues” finds him with a raspy, seductive whisper.

Whiplash overcomes the listener with “Quiver Syndrome.”  “The moon don’t smile on Saturday’s child,” croons Lanegan as he takes the listener to the edge of temptation.

Throughout this maze of despair and hopelessness, Lanegan’s voice has worked its way into your mind, burrowing into the darkest thoughts and emotions. This is a fire-and-brimstone sermon where the preacher tells you of the misdeeds of his devilish seduction.

After being spiritually corrupted, “Leviathan” soothes the listener with the prospect of release from his chains of despair; But it’s only another one of the devil’s tricks.

Now the angels lull you with the choir of potential salvation through corruption.

“Deep Black Vanishing Train” allows Lanegan’s backing band of Alain Johannes, Greg Dulli and Jack Irons to hold back and allow the raspy, cigarette and whiskey voice to seduce the listener further. After all this emotional drain, Lanegan finally lifts the soul of the listener from the pit of darkness and background in sadism and masochism with a slow burn in “Tiny Grain of Truth.” The dirt has been turned and the grave dug. It’s time to leave behind the darkness, floating into a hazy bliss which lulls the listener to their final sleep, just floating in a guitar haze.

Listening to “Blues Funeral” left me spiritually exhausted and feeling like I needed a nice, hot shower to burn away the darkness. Lanegan’s voice comes at you from a dark and slightly hostile open wound on your soul. And that is Lanegan’s ultimate power: his voice grabs you, leaving you in a daze of hopelessness. It speaks with the darkness of the earliest blues songs.

It’s like a baptism in the darkness of reality and “Blues Funeral” is the ultimate solution to the artificial happiness we find in the false gratification of our decadence.