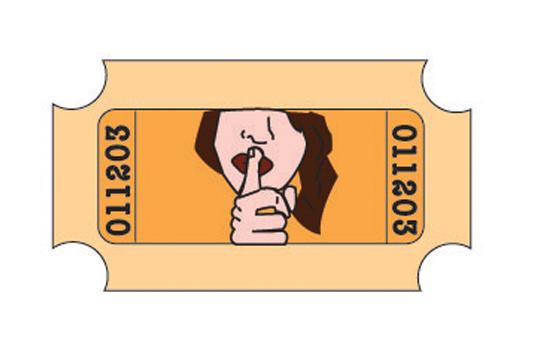 The 16th Annual Kansas Silent Film Festival begins on Friday, Feb. 24th at 7 p.m. in the White Concert Hall.  Friday night kicks off with the 1914 comedy short “Pigs is Pigs,” starring John Bunny, after which two feature films will play.

Saturday, movies will begin at 10 a.m., with a 1917 short by Charlie Chaplin called “The Cure,” followed by a 1925 Walt Disney short called “Alice in the Jungle,” a live-action animated film.

All movies will be accompanied with live music, the same way it was done back in the days of the silent movies.

“Admission has always been free,” said Bill Shaffer, Producer/Director at KTWU and director of the film festival.  “We try to make it accessible to an audience with varied incomes. ”

According to Shaffer, the crowds always impress the staff.

“We get a really interesting clientele.  There are families, college students, older folks; not just film buffs.  A lot of different folks come to see these,” said Shaffer.

When commenting on his early years with the festival and and how it has evolved, Shaffer said he was a projectionist and helper.  The festival ran on a Saturday continuously “from 9 in the morning until  9: at night with no breaks for lunch or dinner. The only problem with that was the musicians got really tired.”

He still marvels at how they did it.

“But it’s changed since then, we have two different musicians who play piano, two who play the organ and an orchestra who comes in from Colorado,” said Shaffer.

He believes the change has definitely helped.

“We added Friday nights bout seven or eight years ago.  It was just an idea we had so we could get started a little earlier,” said Shaffer. Now it seems to be the most popular. Friday night is usually comedy night. It’s really a very full house.”

Last year’s festival was a salute to the first Academy Awards held in 1928 and an actual Oscar from the awards of that year was on display.  This year, the festival salutes filmmaker George Melies, whose classic 1902 film, “Trip to the Moon,” will play at 7:30 Saturday evening.   Other shorts by Melies will be playing at the beginning of each session of movies.

Melies is a major character featured in Martin Scorsese’s new hit film “Hugo,” which is up for 11 Academy Awards.  His character is played by Ben Kingsley.

A recently discovered hand-colored version of Melies’ “Trip to the Moon” has been restored and was featured at the opening of the Cannes Film Festival last May.  The Academy of Arts and Sciences ran it in September.

“We are getting to run it here as a kind of Midwestern Premiere,” said Shaffer.

The film includes newly discovered scenes not found in the original black and white film.

Melanie Lawrnce, who has been a fan of the film festival for many years believes it’s one of the best events in Topeka.  She saw the original version of “Chicago” at the festival one year and “fell in love.”

“You get to see a piece of history you don’t normally get to see,” said Lawrence.  “It’s nice to see old movies that maybe our grandparents or great grandparents may have gotten to see.”

Movies will play all day Saturday with a break at noon for lunch and the Cinema-Dinner from 5:15 until 7:15, followed with more movies at 7:30.  Dinner is $25.00 by reservation only.  It will be served buffet-style in The Bradbury Thompson Alumni Center.  The dinner includes special prizes.  Special guests are the musicians of the festival, who will be speaking on how they score silent films.