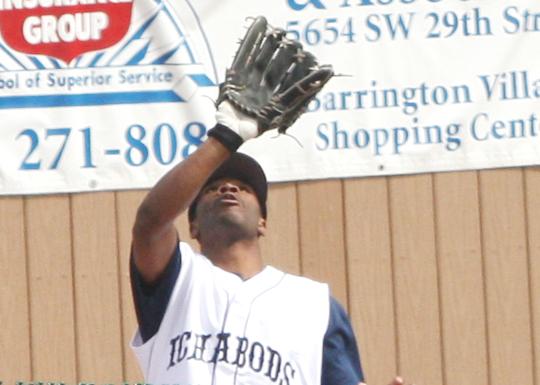 Spring time has slowly crept its way upon us, or at least it would seem. A mild winter has allowed the Washburn baseball team to practice outside for much of January.

“We’ve been fortunate we’ve had unbelievable weather,” said head baseball coach Steve Anson. “We’ve been able to get outside for the majority of our practice.”

After a 22-28 season and a middle of the pack finish in the MIAA with a 20-23 conference record the Ichabods looking to improve this upcoming season. The Bods finished strong last year, winning seven out of their last nine games to secure a postseason trip, something they have not managed to do since 2006.

“To build on the fact that last year we got into the postseason tournament,” said Anson. “This year our goal is a lot higher than that. Our goal is to win it.”

A solid offseason and a great upcoming recruiting class has the Bods eyeing a better finish than their fellow MIAA opponents may believe they are capable of. Washburn is expected to finish sixth this season, the same spot they claimed last year. An improvement in team speed and more depth added to the pitching staff has Anson excited.

The bullpen is led by a second-team MIAA selection, junior Brett Ash. The big righty posted a 7-5 record with a 3.99 ERA. Ash got off to a rough start last spring, but was able to put together a six-win stretch. The rotation for the Ichabods will be up for grabs as Ash returns as the only true starter. Fellow pitcher Kerry Schachenmeyer seems to be in the mix for a spot in the rotation along with third baseman Tyler Bean, a former pitcher who is recovering from an arm injury. Look for freshmen pitchers Mark Biesma and Trent Speaker to see some time on the mound this spring, also.

Most notably missing from this year’s lineup will be team MVP, senior infielder Dane Simoneau, who led the team in hits and games started. Simoneau has decided to bypass his senior baseball campaign to pursue a shot at the NFL after a solid senior football season. The lost of Simoneau and Petz along with other position players leaves many openings for the taking.

The Ichabods do have third baseman Tyler Bean, infielder Boone Plager and outfielder Marcus Peavler returning to lead the Ichabods.

“If I was an opposing coach looking on what happened a year ago that would be where I pick us,” said Anson.