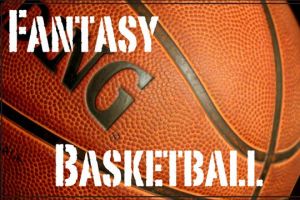 This week, the focus is on the small forward position.

5. Paul Pierce, Boston Celtics (No. 7 Preseason Position Rank)– The former Kansas Jayhawk small forward, despite his age, is still one of the best players in the NBA. He averages 18.6 points per game (PPG), 5.5 rebounds per game (RPG) and 5.5 assists per game (APG) in 33.5 minutes of play. While his scoring numbers are about on par for him, what’s most impressive is his assist numbers, which are higher this season than they’ve ever been. Pierce is obviously looking to create shots more often for his teammates these days than in years past, which is a fantasy plus. His rebound numbers are slightly up from last season, as well, but he’s definitely seen better days in that category. If he can stay healthy, expect to see him move higher up on the list to either the No. 3 or No. 4 spot by the end of the season.

4. Paul George, Indiana Pacers (No. 30 Preseason Position Rank) – Perhaps one of the biggest surprises of the season, the former Fresno State Bulldog and potential Most Improved Player was expected to see diminished minutes on the court thanks to the Pacers’ picking up George Hill. With a very low preseason ranking placing him right behind Orlando Magic small forward Hedo Turkoglu, George has been a steal for fantasy owners. As of Monday, he averages 12.4 points per game, 5.5 rebounds and 1.4 steals per game in 31.1 minutes of play. He scored a career-high 30 points Friday against Dallas with nine rebounds, five steals, five assists and a block–shades of King James. I wouldn’t expect to see him drop 30 points again any time soon, but he is consistent enough to keep his averages steady over the course of the season, which will pay dividends for his owners.

3. Danilo Gallinari, Denver Nuggets (No. 14 Preseason Position Rank)– The Italian Stallion has stepped up big time this season to fill the scoring void left by Carmelo Anthony’s departure to the New York Knicks last season. He leads the team with a lofty 17.2 PPG, along with 5.3 RPG and a relatively-low 2.7 APG. However, Gallinari left Monday’s game with an ankle injury and X-rays later revealed a chip fracture of the foot, so don’t be surprised if he misses a few games in the near future and his fantasy value plummets. He is currently listed as day-to-day.

2. Kevin Durant, Oklahoma City Thunder (No. 1 Preseason Position Rank)– The two-time league scoring champ has been as explosive as ever this season, averaging 26.8 PPG, 8.3 RPG, 3.2 APG and 1.5 blocks per game (BPG) in 37.3 minutes. Durant and LeBron James are in a whole other league as far as small forwards are concerned. He was projected as the top overall draft pick this season and has mostly lived up to the hype, as he’s currently the second-most valuable fantasy player in the NBA.

1. LeBron James, Miami Heat (No. 2 Preseason Position Rank) – All hail King James! He took his talents to South Beach and never looked back, currently sitting alone atop the fantasy monarchy. He is currently the second-highest scorer in the NBA with 29.2 PPG, has the 13th-highest assist totals with 6.8 APG and is the most-efficient player in the league with more points per 48 minutes (37.4) than anyone else in the entire league. Don’t forget his 8.5 RPG, the ninth-most steals in the NBA (39), the second-most field goals and free throws–both made and attempted–, the fourth-highest field goal percentage at 55.2 percent and 10 double-doubles on the season! The only plausible weakness you could even credit to his game right now is that he makes too many turnovers– the second most in the league with 4.09 per game. However, if you look at how often he touches the ball in a game, those numbers aren’t that bad. It certainly hasn’t prevented him from being the best fantasy player in the NBA this year.