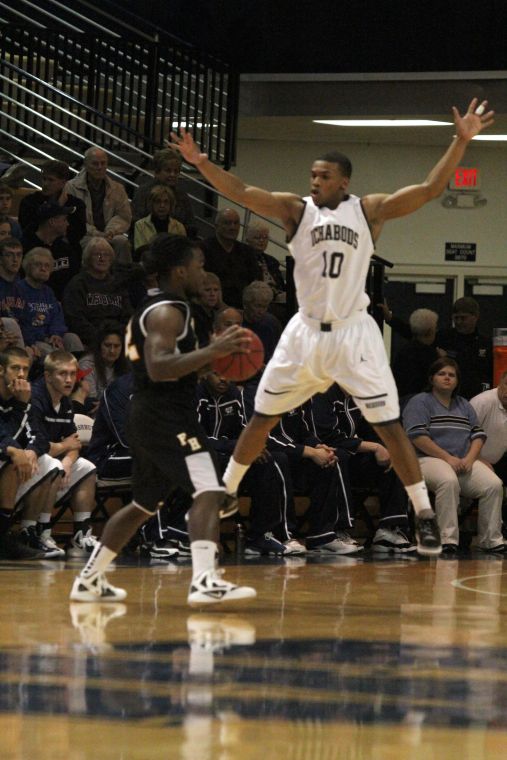 Washburn’s basketball season can be summed up in two words: Will McNeill. With yet another outstanding game, the junior guard continues to show the talent that has put him in the conversation for MIAA player of the year.

Coming into the game against Fort Hays State University, the Ichabods had won five of their last six games, with the loss coming against current second seed in the MIAA conference, Northwest Missouri State University.

The Tigers looked to pick up ground as they attempt to put themselves in a top four position in the conference. That was not meant to be, as Washburn opened up the game on a 6-0 run. With opportunistic defense, a strong showing on the boards and a 26-point night from McNeill, the Ichabods led from wire-to-wire.

In the first half McNeill took the ball at the teeth of the Tiger defense, scoring 17 points while getting to the free throw line shooting 4-5 in the opening period and 6-7 overall for the game. Not content to simply carry the lion’s share of the offensive load, McNeill also hit the glass hard as well pulling down five rebounds in the first half and finishing the game with 8 total rebounds. The efforts of the star guard didn’t go unnoticed.

“Will was unbelievable,” said Washburn head coach Bob Chipman. “That was impressive, what he did out there. He scored in every different way. He was the best player on the floor.”

As the offense continued to flow through McNeill throughout the course of the game, his efforts on the defensive end of the court also drew attention as well.

“Dayee [Moses] has been their hot player coming in so we were trying to get after him,” said Chipman. “He was off, but credit our defense because that was our focus. Sure enough, Will was on him. The neat thing about Will is he plays on both ends and he plays the boards.”

The rest of the team also stepped up throughout the course of the game.

Sophomore guard Jeff Reid scored a career-high 12 points, making up for an uncharacteristically poor shooting night from junior guard Martin Mitchell, who shot 3-for-11 from the floor. Mitchell however was able to contribute by getting his teammates involved, dishing out six assists in the game.

With a lead that exploded to as large as 24 points, the team never looked back, putting the Tigers in their place en route to a 79-67 win.

Next up for the Ichabods is the University of Central Missouri. The Mules, the current MIAA leaders, are riding a nine-game win streak into Lee Arena. The last time UCM chalked a game in the loss column came in its home arena against Washburn on New Year’s Eve, 75-67.

Unlike Washburn, who sports a top-two conference scorer, the Mules are more of an ensemble cast on the offensive end of the floor.

With a win, Washburn would move into position to take the top seed in the MIAA conference post-season tournament. Tip is set for tonight at 7:30 p.m. in Lee Arena.