Wolf gets to speak out 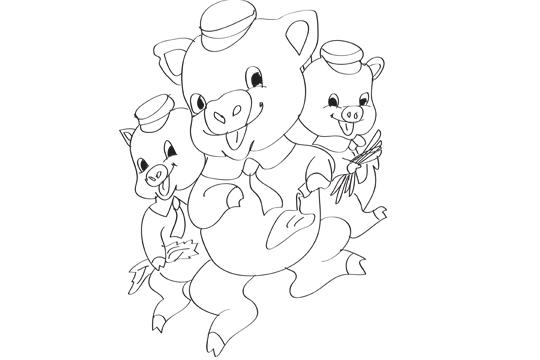 Whether he’s being portrayed as a grandma-eating monster like in “Little Red Riding Hood” or the iron-lunged house-destroying bully as he’s seen in “The Three Little Pigs,” the villainous Wolf often found in fairy tales gets a big, bad rap.

Finally, the Wolf from “Three Little Pigs” gets a chance to explain himself on Tuesday Feb. 21. The Topeka Performing Arts Center, commonly called TPAC, will be hosting the performance of “The Three Little Pigs,” as told from the Wolf. This musical event is apart of TPAC’s School Time Theater Series, underwritten by Security Benefit.

In this version of the classic tale, the big, bad Wolf is not actually bad at all, just misunderstood. According to the Wolf, he just wants to be friends with the three pigs, not eat them. In an attempt to befriend the pigs, he decides to invite them to his birthday party and goes to each one of their houses to personally deliver invitations. Apparently, the Wolf wasn’t aware of his incredible lung capacity and accidently blows two of the pigs’ houses down and feels terribly guilty about it. Luckily, the pigs’ mother understands the Wolf’s innocent plight and explains it to her children, and in the end, they are able to all become friends and live happily ever after, in true fairy tale fashion.

“Educating through live theater is a key component of TPAC’s mission for our community,” said Wiggins.

These events include study guides and quizzes, allowing teachers to add the event and the lessons that can be learned from it into his or her lesson plan for the day.

“Anything that assists in the education of our children is essential,” said Wiggins, “Our future depends on what we do to enrich the lives of our youth. That’s why what we do is important for Topeka.”

According to Wiggins, the School Time Theater series is aimed toward younger audiences, but that doesn’t mean that parents and college students cannot enjoy and learn from it, as well. Tickets are priced at $5.50 each.

“It can give parents a chance to participate in activities with their child,” said Tiffany Riley, mother of three and freshman at Washburn Tech studying business administrative technology, “It can make learning fun.”

Riley, who has performed in dance recitals at TPAC for 14 years, said that she felt that children’s programs were a positive environment.

“They can possibly teach new skills differently than what is taught in school,” said Riley.