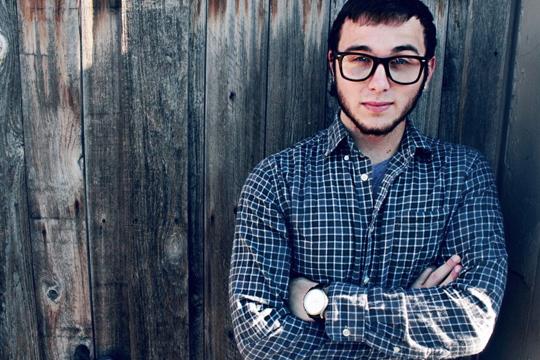 Rappin' Washburn student Ty Schneider recently released his album, "Through the Eyes of a Kid" in March, and plans to hit the local scene.

What started as recording music for fun on a computer microphone in a friend’s basement eventually became a big opportunity for Ty Schneider, a rising local hip hop artist and a member of the former group, Dem Kansas Boys.

“I started making music with my friends when I was in seventh grade,” said Ty Schneider, a freshman fine arts major. “We made raps and music videos, but we weren’t serious, it was more of an outlet for us to keep us busy. It wasn‘t until high school we realized we should either get serious about it or stop.”

Together, Ty Schneider and two of his other friends became a group known as Dem Kansas Boys. The group wrote several songs and even performed at places such as the Granada Theater in Lawrence before splitting up this past summer and Ty Schneider going solo.

“After high school, we all went our separate ways. We’re still friends, but it was definitely more of a passion for me to make music,” said Ty Schneider. “Going solo wasn’t me saying I’m better than them; it was just a way for me to push myself in the realm of music.”

Schneider recently released his mixtape “Through The Eyes Of A Kid” on March 1st to HotNewHipHop.com and already has over 100 downloads and growing.

“People can expect deeper lyrics and not as many puns as other rap music,” said Ty Schneider about his new mixtape. “There’s a lot more storytelling and a soulful tone speaking a lot on my past and religious views, so listeners can expect something different.”

Ty Schneider’s music is influenced from all genres of music, such as John Denver, The Beatles, The Rolling Stones and even more recent artists such as The Head and the Heart. His music can be compared to artists like Hoodie Allen and Chiddy Bang, but with a twist.

“People will definitely hear something in the vain of hip hop but with a positive twist to it instead of the same old same old,” said Paul Schneider, the owner and producer of Rundown Studios. “People just need to listen to ‘Through The Eyes Of A Kid’ and share it to a million people. If they give it a listen, I guarantee they’ll really enjoy it.”

Ty Schneider hopes that listeners can take away a positive attitude on life and never stop chasing their goals or dreams. He also hopes people will learn from his music and be inspired.

Schneider is scheduled to open for Mike Stud at the Granada tonight and is already discussing another release later this year. There are no current set shows for the future, but Schneider hopes to have plenty of local shows in Topeka very soon.