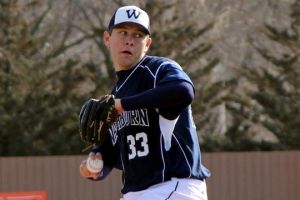 Washburn took to the road to open up their conference schedule at Pittsburg State this past weekend. While things did not go exactly as they wanted, there were many positives to come out of each game.

Game one started well for the Ichabods as they were able to score two early runs in the first inning. A home run in the fourth inning by John Calhoun put the Bods up 3-0, but one run by the Gorillas in the fourth and three in the sixth put Washburn down a run going into the last inning.

Singles by Richard Swan and Marcus Peavler gave them a chance to at least tie it, but the next two batters were retired to finish the game 3-4 in favor of the Gorillas.

Game two saw a back and forth battle between the teams on the scoreboard. After building a four run lead in the second inning, spotlighted by a double by Josh Wilder, Pitt responded with six on their own in the third inning.

The Bods did not back off as they put three more up in the fifth inning but a pair in the sixth and seventh by the Gorillas put the game away as Washburn lost 8-11.

After a rain delay moved the double header from Sunday to Monday, the Bods seemed to build up their hitting magic as they erupted for 23 runs through both games.

This game was highlighted by the six homeruns by the Ichabods. This tied a school record that went all the way back to when stats were first being recorded in a single game, 1999.

The second game seemed it would go just as well as the Ichabods jumped out to a 3-0 lead in three innings. However, the next three at bats for Pitt did them well as they put five runs on the board.

A double and a homerun by the Bods gave them the lead once again, but the Gorillas tied it in the bottom of the ninth to send it to extra innings. After a back and forth offensive struggle, Pitt finally scored one in the 12th inning to finish it 7-6.