Newman falls to Northeastern State in first round of NCAA tournament 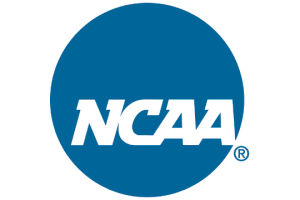 The NCAA Division II Regionals at Washburn University in Topeka, Kan saw game two action of the day pit No. 2 seed Newman University Jets take on the No. 2 seed Northeastern State University RiverHawks. The Jets come into the game with a 23-5 overall record and a Heartland Conference Championship. The RiverHawks enter with 24-4 record.

The first six minutes of play saw back and forth action as both teams put in successive baskets, making the score 11-10. It then turned into a defensive battle as neither team could find the bucket for more than five minutes of play.

After trading off a few more baskets, the Jets found themselves on a bit of a stretch, taking an 8 point lead. However, only three different players had scored; junior Kianna Flannagan, senior Tasha Cannon, and senior Ariella McGhee, gaining a total of 19 points.

“We only have 9-10 kids compared to a lot of team’s 14-15 kids to play with,” said Head Coach Jaime Green. “Our girls went out there and played as best they can.”

At that same point, six RiverHawks had put points on the board, scoring 17 points, in particularl guided by juniors Taylor Lewis and Sarah Green.

As the half wrapped up, both teams continued to scrap and hustle after each ball. By the end of it, Newman took a six point advantage after a last second three pointer by Senior Satoria Bell hit a three pointer.

“The only team that could beat us was ourselves,” said Green. “If we played the way we did in the first half, we would win the game.”

Other than the score, both teams had similar statistics in most categories including rebounding, assists, turnovers and steals.

The second half seemed to be a spark of new life for the RiverHawks as Northeastern State came out with plenty of optimism.

“We missed shots we should have made in the first half,” said Head Coach Randy Gipson. “I thought if we came out and stepped up offensively, our defense would win it, and we did.”

The second half started with a bang, literally. Just nine seconds into the half, an elbow from senior Jasmine Wright hit leading Newman scorer Flannagan in the face and left her out for the next 10 minutes.

As a result momentum swung to NSU as they were able to tie the score at 29.

“They thought I had a concussion, but I just couldn’t sit out on my team,” said Flannagan. “I went back in and was locked and focused and I thought we were going to win until the last buzzer went off.”

After the score tied up, both teams battled back and forth, each taking the lead at least once. The main contributing factor became three pointers, as the RiverHawks were able to go 6-for-8 to take the lead and extend the score.  Lewis led the three point outburst as she put in four of her own in the half.

“It was all about settling in for me,” said Lewis. “I started reading cuts and coming off screens and just got into the flow of the game.”

However, a steady dose of inside shots kept the game close as the Jets never let the lead grow past six points through the next 10 minutes.

Physical play continued through the rest of the game as both teams put everything on the line for the win. Though the RiverHawks held the lead the last 11 minutes, the Jets never gave up.

It was not until Newman had to start committing intentional fouls that Northeastern State iced the game with four free throws in a row. This put the score at 53-45 in favor of the RiverHawks.

Newman was led on the scoreboard by senior Tasha Cannon with 10 points, followed by Flannagan with nine. Cannon also led the team with rebounds.

Notheastern State’s Lewis led the way putting in 20 points while Nitz backed her up with 9. junior Sarah Green pulled down 11 rebounds.

The RiverHawks advance in the tournament to play Pittsburg State on Saturday March 10 at 5 p.m.