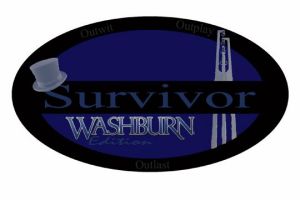 Washburn students will get the chance to audition for the  CBS hit reality series, Survivor, on Monday, March 12, at 5 p.m. in the Washburn Room of Memorial Union.

The show is a complete elimination based competition where contestants, of various ages, are isolated on a desolate island in the wilderness where they will hunt, live, and survive on their own while competing for a grand prize, cash, and other smaller prizes.

The show’s most popular aspect is the elimination nights where the contestants are allowed to vote each other off the “tribe” until only one contestant remains and wins the title of “Survivor.”

Washburn will be hosting a personalized casting call. The producers are looking for both males and females who are fit to handle the possibility of living on a desolate island.

The only requirements for the audition, according to leadcastingcall.com, are that the young men and women planning on attending are U.S. citizens willing to authorize the producers to conduct a background check.

Other than that, the producers suggest those hoping to audition are in very good mental and physical health, have an interesting background story and personality.

The producers are looking for a diverse group, so being well prepared ahead of time could only be helpful.