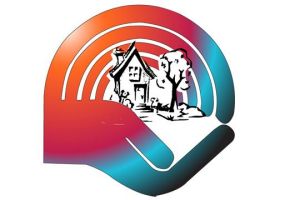 Washburn faculty and students recently volunteered to clean up after a devastating tornado hit the Kansas town of Harveyville.

Located 30 miles southwest of Topeka, an EF-2 tornado blew through the town causing an estimated 40 percent destruction and taking the life of one man who sustained serious injuries during the tornado that hit around 9 p.m. Feb. 24.

“It started just south of the downtown area and cut through the whole town,” said Will Gilliland, adjunct professor of physics.

Gilliland and his wife are members of the Southern Hills Mennonite Church, which offered support to victims in the town. Gilliland acted as reconnaissance after traveling to Harveyville the next morning and assessing the damages.

“When we got there on Wednesday, they already had street debris cleaned up, and the roads were clear.” Gilliland said.

“Harveyville is so close to Topeka that so many feel connected to it and really wanted to help,” said  Jamie Hornbaker, director of communications at United Way of Topeka.

She added that of the 1,600 volunteers, a majority of them were residents of the Shawnee County area, and many were also Washburn University students.

“There was such a big response at first, and we sort of pulled back to give them a chance to asses the situation,” said Gilliland. “The psychological side of it takes a while to set in.”

He added that now it’s important to join in with the long-term recovery. Gilliland said many residents still need help clearing debris and repairing roofs and shingles.

“Right now, donations of money to relief organizations like the Red Cross and United Way can help considerably,” said Gilliland.

Hornbaker agreed and added that now it’s important for Washburn students who want to help try to do so through fundraising and group organizations.

Hornbaker also asks that any Washburn students interested in volunteering call 211, which is the United Way  information line, or email [email protected]