Musical for all audiences 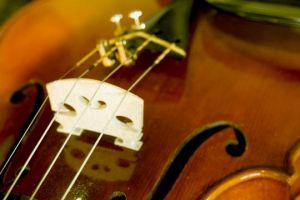 Going to a play or a musical is a fantastic way to bring people in a community together without placing any limit on ages and is fun for the whole family.

But what makes these theatrical events that much better is that they can be as educational just as they are entertaining, as shows the Topeka Civic Theater and Academy with their newest musical “Miss Nelson is Missing.”

The musical, which is all ages, is based on the children’s book of the same name by Harry Allard. It was adapted by Joan Cushing to be performed on stage, with Nancy Goodall as the music director and Kim Remt as the choreographer.

“Miss Nelson is Missing” started in New York, New York, and has been around for about 10 years. The Topeka Civic Theater will be showing it seven days throughout the month April on their second stage, the Old Father Theater.

Though it is aimed primarily towards younger audiences, the musical contains material and themes that all ages can learn from, relate to and enjoy. This educational type of musical is not new to the venue, since Topeka Civic Theater has held others like it in the past.

“This musical is for entertainment, but there will be a resource guide online to use themes of the play in the classroom,” said Jennifer Van Bruggen, education director of the Topeka Civic Theater. “We do try to put on an educational emphasis.”

The musical is a one-act show, approximately one hour long, and is about a classroom full of misbehaving students who are tormenting their poor teacher, Miss Nelson. The students are so bad that they actually drive Miss Nelson away, as the title suggests. A substitute teacher is then brought in: a scary and mean woman named Viola Swamp. The students are terrified of their new teacher and miss Miss Nelson dearly.

“It’s an opportunity for families,” said Van Bruggen, who has been with the Topeka Civic Theater and Academy since 2002. “And it’s only an hour long, so it won’t take up your entire evening.”

The costs of tickets are $10 for adults, $8 for college students, and $6 for those who are 12 and under. Tickets went on sale on March 27 and are available to the public.

Pauline Central Primary, a pre-kindergarten through sixth grade school in Topeka, will get to see the play for free on April 10 and 11, thanks to the Topeka Active 20-30 Club who paid for the tickets.

“It won’t kill your pocketbook,” said Van Bruggen. “Kids as young as four will enjoy it as much as their parents.”