The Church of the Latter Day Saints dedicate new temple 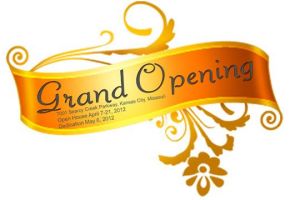 Mormons in the Midwest now have a new place of worship, as The Church of Jesus Christ of Latter-day Saints announced the completion and opening of their new temple in Kansas City, Mo.

The public is being invited to come see the new astounding temple for the open house, which runs from April 7 to April 28, excluding Sundays. The open house was extended another week to accommodate the large numbers of people eager to see the new temple.

Its construction was first announced in 2008, and construction for the temple began in May 2010. After its recent completion, it became the second Latter-day Saints Temple in Missouri. The other temple in Missouri is in St. Louis, built in 1997, but the closest one, besides the new temple in Kansas City, is located in Omaha, Neb.

This makes the Kansas City temple one of 137 Church of Latter-day Saint temples in the whole world.  While the outside of the temple is astonishing in structure, with spires reaching over 100 feet, the inside is beautifully ornate, as well.

“It is a significant element of our faith,” said Boyd Chappell, Washburn School of Law student, “and having a temple so close in Kansas City will allow students to go to the temple without the burden of a lengthy trip to Omaha.”

Over 70,000 people have already made reservations to see the temple, both from the general public and Latter-day Saints. The open house tours are free, and reservations can be made at the temple’s website: kansascitymormontemple.org.

The tours will consist of a 12-minute video presentation before a 30 minute tour of the inside of the temple, starting in the meetinghouse near the grounds.

“The temples are used to do sacred rituals and ordinances that they can’t do in meetinghouses,” said Justin Ellgen, who graduated from Brigham Young University in 2009, majoring in agriculture. “It’s nice to have some place close to do that.”

Meetinghouses are used for Sunday worship services and other social activities, with thousands of different meetinghouses all over the world. Temples are used for sacred practices and are not made to hold big groups of people, but more so for families who want to strengthen their relationships to God.

Ellgen, who will be helping with tours of the temple on Friday, April 13, said that he is looking forward to showing people around, through each room and explaining its purpose, and that he has enjoyed learning more about the temple.

“I think it will be good for LDS Washburn students,” said Ellgen. “It will enhance their faith and commitment, and it’s always good to experience and participate.”

The temple will be formally dedicated on May 6, which means that a special ceremony will be held in which a special prayer is said to designate the structure for the work of God and to bless the temple and the grounds. Dedication ceremonies like this are held every time a new Church of Jesus Christ of Latter-day Saints building is constructed. A celebration for the dedication will be held the evening prior.

“The temple open house gives everyone, regardless of religious affiliation, the opportunity to see inside a Mormon temple and learn first-hand what takes place inside the temple,” said Chappell.