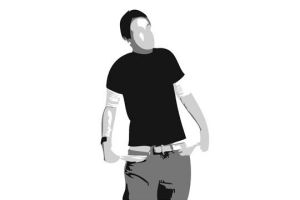 A majority of students, whether they are traditional or not, rely heavily on financial aid programs to get them through school. Effective July 1, 2012, major changes are starting.

In addition to this change, the government will also suspend all payment of interest that accrues during the six-month grace period granted to students immediately after graduation.

These changes require graduate students, and temporarily undergraduate students, to be responsible for paying all of the interest that accrues during their schooling. The idea is that students should already be in their professional careers at that time and able to afford payments on the interest.

Many graduating seniors at Washburn now have to reconsider their future plans for graduate school due to a lack of funds and an inability to find jobs during a recession.

“These changes require me to reconsider all of my future plans,” said Amy Day, senior English major.

Day is considering a course of study in academia with the hopes of eventually becoming a professor. This would require many more years of schooling, and she has been investigating different graduate programs.

“I was considering graduate programs that provide teaching stipends, but now it looks like I will only be able to consider this type of option,” Day said.

Other students at Washburn who are not graduating this May, are worried about the effect this change will have on their futures, as well.

“Generally, people in authority don’t understand what it’s like to live at the bottom of the barrel,” said Amanda Phoenix, senior English major. “I don’t think they realize how difficult it is to find work now.”

It will also become harder for students to qualify for Pell Grants. Currently legislation allows for students in families making less than $30,000 to qualify, but starting next school year only students living in households with incomes of $23,000 or lower will be eligible for these type of grants.