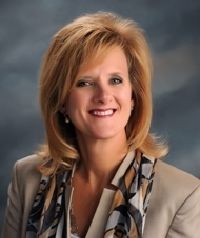 Students were greeted with an email Wednesday, Dec. 18, by President Jerry Farley. The email titled “Update on University diversity and inclusion goals” lists out several initiatives.

The email started with the following message by President Farley.

“Last Spring, I asked Dr. Mazachek and Dr. Grospitch to lead inclusion and diversity objectives as part of our University strategic plan,” Farley stated in the email released Dec. 18.

The strategic plan has been developed by Grospitch and Mazachek since early March when conversations about the environment for students of color at the university emerged. The listening session announcement email released March 5, 2019, stated the following.

The email sent Dec. 18, 2019, stated that Washburn adopted the core value of inclusion in Dec. 2018 and is defined as “cultivating an inclusive learning, living, and working community, facilitating the success of all people, and supporting all individuals.”

According to that same email Grospitch and Mazachek have established “four overarching initiatives… in an ongoing effort to lift up [the university’s] core values of inclusive learning.”

The four initiatives are listed below:

Grospitch and Mazachek provided additional details to each of these four initiatives, in the email, and can be found below.