Students asked for a concert and they received WUStock 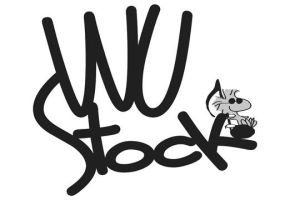 Amber Kissell, former special events director for Washburn Student Government Association had a simple message for students during her time in office.

“If the students are asking for something, then we’re going to do whatever we can to get it here,” said Kissell.

This time around, the students wanted a concert.

After a large variety of events called “Bod Nights,” the McGown-Kitowski term wanted to go off with a bang. They were looking to throw an end of the year concert, and ironically, so was the campus activities board.

“WUStock is a concert that will please many different people’s taste for music,” said Kissell. “We have local groups from Topeka and a big headliner to finish off the night.”

WSGA and CAB are planning to open the doors for the concert in Lee Arena around 5 p.m. to allow all community members to get good seats. Tickets can be purchased in advance for $5 per Washburn Student and $10 for other community members. Limited tickets will be available on Sunday, April 29, the day of the concert.

“We have done quite a bit with [promoting the event] including posters in local high schools and radio ads,” said Micah Offermann, who is the public relations director for the event. “This is shaping up to be a pretty big event so if people want tickets they should buy them now, because there is a good chance we will run out at the door.”

The night will open with a familiar face to Washburn as the winner of WU Idol Brail Watson will be singing a few of his own songs. Although it is not finalized, two other members of the Washburn community approached WSGA and CAB about being a part of this year’s event.

“I think it is great that we’re giving these local groups a chance to get out and show their talents  in front of their own student body,” said Kissell.

These local groups will be the warm-up for the headliner that will close out the night. Big Gigantic, a dubstep group, will be rockin’ Lee Arena by the end of the night.

Dubstep, for those who do not know, is a split between techno and hip hop music. It focuses on the bass and instruments that can be played on a computer.

This will be the final event that the McGown-Kitowski administration. After putting money aside at the beginning of the year for their Bod Nights, students have experienced a variety of entertainment.

“It’s crazy that our year is coming to an end,” said Kissell. “We’re really looking forward to putting on this event which will be great and then just sitting back and relaxing.”

However, do not think that these organizations will be without plans. New officers have been elected, and events for next year are already being planned.

“Washburn will have some big things to look forward to next year,” added Kissell.