The Washburn Review • May 10, 2012 • https://washburnreview.org/12510/features/avengers-soundtrack-rises-above-mediocre/ 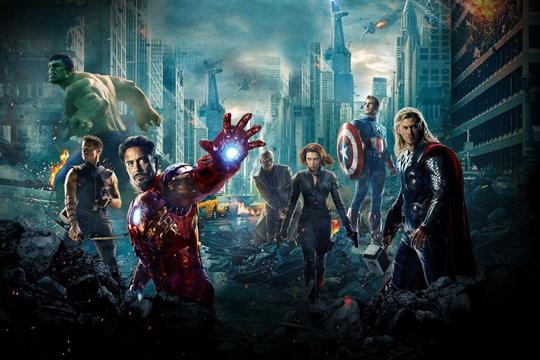 The grunge revival is in full swing on the album “Avengers: Assemble,” The soundtrack for the hit movie of the same title. a slew of late-90s/early-2000s alt-rockers. Usually this would excite me, but not this time.

The album starts off  with the first new track in 15 years by grunge godheads Soundgarden. According to grungereport.com, while working on their upcoming album, which is scheduled to be released some time this fall, the band was approached in early March to write a song for the film. When none of the material they were working on seemed to fit the film, singer Chris Cornell and guitarist Kim Thayill started from ground zero for “Live to Rise.”

“Live to Rise,” which plays over the end credits to “The Avengers” and is the only song on the soundtrack that actually appears in the film, serves as the album’s lead track, with a video that hit YouTube last week.

I admit it, this is the only song I’m interested in listening to right off the bat. What can I say? I’m “speaking as a child of the nineties.”

Shinedown’s “I’m Alive” comes across as a generic Foo Fighters rocker. And even though the Foo Fighter’s own “Walk” soundtracked “Thor,” Shinedown’s knockoff feels half-assed at best. This isn’t just a band that wants to sound like Dave Grohl and his Foo Fighter’s crew, they want to kill them, skin them alive and wear them as clothes. These are sick knockoffs of knockoffs.

Papa Roach brings a tiny bit of funk with “Even if I Could.” What they bring a lot more of, though, is Trent Reznor. Jacoby Shaddix and company sound like a generic popified version of Nine Inch Nail’s “With Teeth” album.

“Generic.” that’s the word to use for this song. It’s bland, “Radio-Friendly Unit Shifter” pop rock.

“Unbroken,” That’s what Black Veil Brides claim to be in their contribution to this album. I’m genuinely bored at this point. Who is this band, anyway? I don’t know and I honestly don’t care.

After being briefly interrupted by my girlfriend’s dog, Rusty, I come back to, of all things, “Comeback” by Red Light King. Seriously, who is this? I know I’m grumpy and out of touch with what passes for “alternative rock” but this completely bores me.

Bush’s “Into the Blue” is equally boring. I used to like Bush, but this is background music. Enough.

Evanescence singer Amy Lee annoys me. I liked “Bring Me to Life” the first time I heard it, but the band’s contribution to the album feels overwrought and more trip-pop than mysterious. The Photex remix of “A New Way to Bleed” sounds cloned. It’s all artificial now. Nothing feels authentic about this song in any way. The song screams “Look at me. I’m the newest music from yesterday’s flavor of the month club.”

Joining Evanescence in that club, Pusherjones’ “Count Me Out” fades into the background of Buckcherry’s “Wherever I Go.” I admit it. My favorite book is “The Portable Curmudgeon,” but this is just sad.

A big jolt of relief here as Five Finger Death Punch throws down an unexpected cover of Faith No More’s classic “From Out of Nowhere.” Sadly, the relief is only minor and the album ends on a completely forgettable note with “Shake the Ground” by Cherri Bomb.

In “As You Like It”, William Shakespeare wrote that “all the world’s a stage, and all the men and women merely players.” “Avengers: Assemble” falls into this trap of artificiality. Soudgarden’s single is worth a download but the rest of the album is completely forgettable.