‘Katy Perry: A Part of Me’ Movie Review 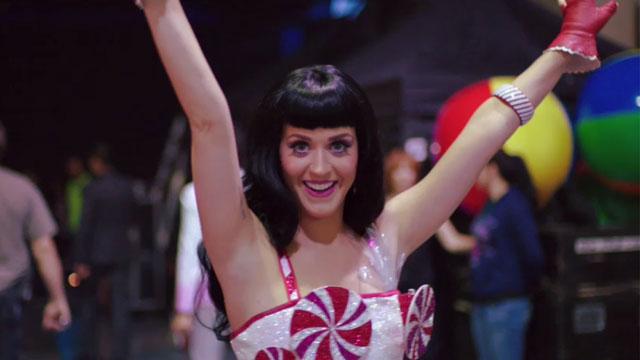 A great film I think that is being overlooked by many is “Katy Perry: Part of Me.”

This documentary about Katy Perry’s life, on and off stage is very well done.  We learn how she grew up, when she started singing, her marriage with Russell Brand and her dedication towards her fans.

I was honestly blown away at how well put together this documentary was.  I enjoyed seeing how a certain song was inspired because she truly does write from the heart.  The film covers her high and lows but at the end I feel this film is a great inspiring story about a girl who followed her dream and made it come true.

I really respect the way the Perry puts her fans first and doesn’t try and ignore them like some celebrities do. Inviting fans on stage with her to dance and sing during one of her concerts I think is pretty awesome.

The 3D was well done too, which I was not planning on but during the concert scenes I actually felt like I was in the audience.

If you are a Katy Perry fan then I hope you will take the time to see this film.  If you are not a Katy Perry fan but enjoy one or two of her songs I think you should give this movie a try but if you hate Katy Perry for whatever reason then I know you won’t see the film.