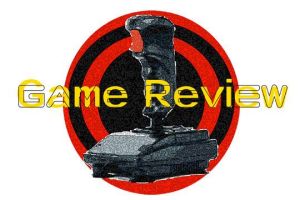 Minecraft is a first-person cube-based sandbox game that lets a player build their own world from the ground up. It was originally the pet project of developer Markus “Notch” Persson. Persson founded an entire company, Mojang AB, to see his vision made into an actual game. After three years of the game’s existence and numerous updates, it’s time to take a look at the game itself.

When a player starts a new world in Minecraft, they have nothing. No tutorial, no items, absolutely nothing. This is a primary aspect of Minecraft. Nothing is given to you. You earn your items, whether it’s wool blocks from shearing sheep, wood blocks from punching down trees, or special rewards for clearing the world’s subterranean dungeons. You mine your own precious minerals, craft your own tools, build your own house. It’s truly a world created for you, by you.

Make sure to keep that house you built lighted, however, as monsters spawn in the dark. These monsters include skeletal archers, cubes of slime, zombies, giant spiders, a species of teleporting entities called Endermen, and the notorious creeper. Unlike other monsters, creepers make no sound until they are right next to you, at that point they make a slight hissing sound, then explode.

The whole world’s not against you, though, there are friendly creatures you can farm for food like cows, pigs, and chickens.  Randomly generated villages spawn around the world and contain NPC, or non-player character, villagers who will trade with you. Other randomly generated structures include underground abandoned mine shafts, ancient temples in both deserts and jungles, subterranean strongholds containing a portal to another dimension simply known as The End, and Fortresses that spawn in the Nether, yet another dimension.

The Nether and The End are alternate dimensions the player can visit which are both accessed by portals. A Nether portal is built by creating a frame of obsidian and lighting it with a flint and steel. The Nether is one massive cavern filled with lava, flammable rock called netherrack, and many species of monsters not found in the surface world. The main reason players have for going to the Nether is that they can harvest a special type of stone called glowstone from the ceiling of the cavern which provides much more light than standard torches. It’s a treacherous task however, as one of the main perils of the Nether are the Ghasts, flying demons that shoot explosive projectiles that can blow up the very platform you are standing on, sending you falling into the lava below.

The End is an other-worldly dimension filled with Endermen. Obsidian pillars jut out of the ground, and atop them are floating cubes bearing runes necessary to defeat the games final boss, the Enderdragon. Once a player enters The End there are only two ways to leave, dying or defeating the Enderdragon. Once the player defeats the Enderdragon, a portal appears. After going through the portal the player is treated to an interesting credits sequence before re-spawning back in the overworld to continue mining, crafting, and building.

Minecraft supports both single player and multi player worlds. While it’s fun to enjoy the game by yourself, Minecraft really shines in its multi player. In multi player, you can do all of the above mentioned tasks and more with a group of friends.

Overall, if you like being creative and exploring Minecraft is the game for you. If you’re looking for an actual plot though, you’ll be disappointed. In short, Minecraft is what you make it. Minecraft can be purchased at www.minecraft.net for $26.95.