VIDEO: Fair shows students what WU has to offer 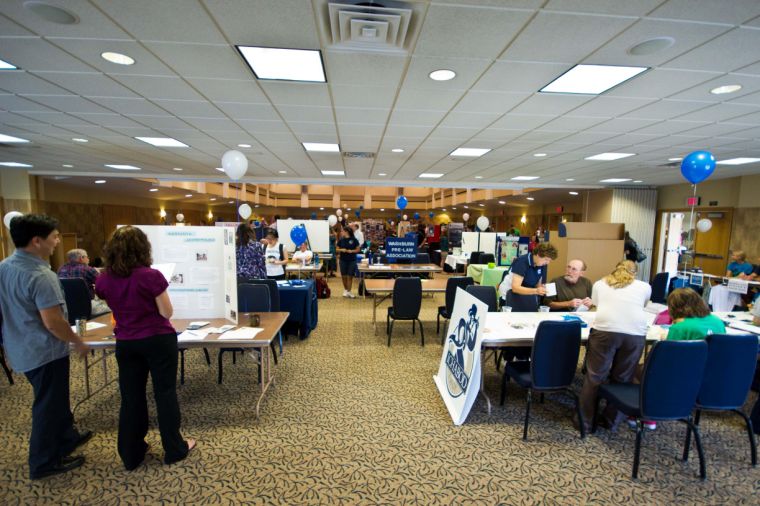 Sounds Fair Washburn University students came out last Wednesday to learn all about what different activities, majors and study abroad opportunities Washburn has to offer.

Every year, Washburn University hosts its annual activities, majors and study abroad fair. The fair is a collection of booths arranged through the Memorial Union in order to educate incoming freshmen and returning upperclassmen on what the university has to offer. This year, the event was sponsored by Washburn University’s Student Activities and Greek Life.

The fair included an estimated 50 booths put on by members of the staff, greek upperclassmen sponsoring information about their fraternities and sororities, experienced students and teachers giving out information on Washburn’s International programs and even Mabee Library’s own librarians had a booth to benefit those who needed to indulge in their services.

Merideth Cline, a senior biology major, was one of those upperclassmen students helping out with the fair this year.

“I represented the Mortar Board Honor society this year,” said Cline, who as a worker was hoping to promote the idea that education and both being more aware of your surroundings, as well as what you can accomplish through them, is an important benefit to utilize – which is what Cline said is a benefit taught while being involved in an education honor’s society. “Generally, I hoped to promote extra studies for freshman and to spike an interest in upperclassmen for next year.”

Thinking back on her freshman year, Cline said that the activities, majors and study abroad fair has grown exponentially.

“I think that the students have just begun to realize that the event is a really efficient and effective way of getting others involved with their organization and to generally get others involved around campus,” said Cline.

Cline’s main belief is that the fair has been a huge benefit for freshman ever since the university first began hosting it.

“I strongly believe that freshman benefit by coming and learning about all of the different organizations that are available around campus so that they can both become more involved and create a better connection with Washburn University.”

Freshman, Brooke Beach, proved Cline’s theory to be true. “I actually really enjoyed the fair because there were so many different booths and things to learn about,” said Beach. “The people there were really helpful and were actively interested in helping students. As someone who signed up for a few things, I feel like I’ve become more involved and have a better understanding of how things work here at Washburn University.”