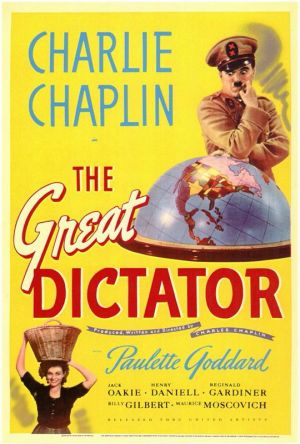 The Tramp’s first ever talking film is marching to Washburn.

Washburn’s History Honor Society, Alpha Beta Beta, will be showing the film “The Great Dictator” on Wednesday, Sep. 12, in Henderson Learning and Resources Center in room 207. This movie night is free and open to the public.

In this Academy Award-winning film from 1940, Charlie Chaplin portrays dual roles: a Jewish barber suffering from amnesia after serving in World War I, and a fascist-style dictator of a fictional country. When these two characters cross paths, Chaplin’s signature slapstick shenanigans ensue. The film is a comedy meant to reveal insights into Germany’s Nazi regime before World War II. Chaplin wrote, produced, directed and starred in this movie.

“The Great Dictator” has a 95 percent “Fresh” rating on the film critique aggregate site Rotten Tomatoes. The film is preserved in the U.S. National Film Registry by the Library of Congress, and is ranked number 37 in the American Film Institute’s “100 Years, 100 Laughs” list.