Can you ‘Totally Recall ‘ 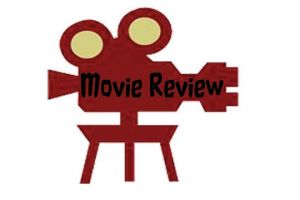 “Total Recall” is a loose remake of a 1990s action flick starring Arnold Schwarzenegger.  I say loose remake because it doesn’t do a great job of sticking to the original plot, but it does have similar characters and focuses around the theme of creating and deleting memories.

Even if you haven’t seen the original or read the synopsis of the movie, the movie quickly becomes overly predictable.  The theme of “Recall” is about  how people are able to have memories created, and is set up within the first ten minutes.  Within these first ten minutes we are also shown and told how the main character has dreams of what appears to be him acting as a soldier or agent.  With these two items alone, even the most novice of movie-goers will be able to draw a diagram for the remaining plot.

One of the saving graces of the movie was its costume and set design.  The world that “Total Recall” is set in is a futuristic world with fantastic gadgets, but it is also a world consumed by poverty, overpopulation, and pollution.  It paints a very realistic picture of a possible future instead of the sunny optimistic ones frequently shown in movies.  This aspect of the movie is somewhat humbling.  The scenery of the city is so elaborate and thought-out that it draws you in as though you were there.  The costumes of the characters were also well put together, combining elements of future tech, sleek modern attire and a dash of late 1980s throwback.

The action in the movie wasn’t overly impressive but it wasn’t lacking either.  The main character, Quaid, seamlessly performs many action packed brawls.  What makes some of these brawls even more eye catching is that they are done without the camera breaking so we see him lay out several enemies in a single camera shot.  A number of the action sequences, car chases and explosions are done with impressive CGI, or computer generated imaging, effects without going too over the top. This way, the movie doesn’t become solely about “pretty fire.”

As is expected in an action movie, the dialogue is corny and forced throughout the movie.  It sounds like a bad 90’s action movie full of one line puns and bad jokes.  The fact that the dialogue lacks substance is bad for the actors  because the movie really does have a cast of great stars. None of them are really allowed to shine except for Colin Farrell, whose confused facial expressions sell his character many times over.

There are a few other problems with the movie, one of which is the love story.  There is an obvious romance that happened between Quaid and the woman but the story is never revealed nor does it ever develop. Yet, it is a constant exclamation point every time the two are together.  This creates a question that is never answered and leaves the viewer angry at the end for not having the closure they wanted.

A few characters act out of place in the movie as well.  Kate Beckinsale plays what is supposed to be a highly trained agent but is constantly losing her temper, acting too rashly and disobeying orders.  Cohaagen is a very powerful and rich leader of his own private army, yet he goes marching into battle on the front lines with a battalion of machines.  These small quirks help to lead the movie to where it is going but create some disbelief and tension within the audience.

Overall, “Total Recall” is an action movie, no more, no less. There are lots of explosions and there’s a decent plot.  Don’t go in expecting deep characters, drama, romance or even a comedy.  It is a movie worth watching once, maybe twice if nothing else is on.  It is not a movie worth paying more than the Redbox price.  My verdict,  wait until it’s on Netflix.