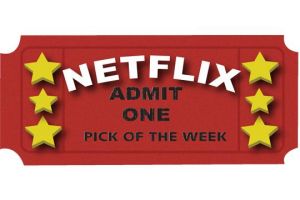 Leonardo da Vinci said that “Art is never finished, only abandoned.”  George Lucas has looked back on his “Star Wars” franchise multiple times and has seen it as an incomplete work and has gone back and (in his eyes) fixed a few things.

The 2010 documentary “The People vs. George Lucas” is an entertaining documentary in which fans describe their love/hate relationship towards film director George Lucas.

If you are one of the millions of fans who hate Jar Jar Binks and think that Han shot first then you are going to love this documentary because basically everyone in it, agrees with you.

Now this review is being written by a hardcore “Star Wars” nerd but unlike many of the fans who hate all the new stuff and the changes, I believe it just depends on what era you are in.  The first time I saw the original “Star Wars Trilogy” on the big screen was when the special edition came out in 1997.  So for me personally I saw all the changes but didn’t realize that they were changes until later.  However, I didn’t own the special edition trilogy until five years later and watched the original trilogy on VHS for many years and honestly, the changes don’t bother me very much except for the whole Greedo shooting first thing just looks dumb.

I was only nine when I saw “The Phantom Menace” in theaters and when I first saw it and at that time I loved it and found Jar Jar Binks hilarious.  But after watching the 3D version on the big screen earlier this year I saw the film through the eyes of a 22 year old and it wasn’t awful but it was just ok.

I don’t want to move too far away from this review because trust me, I can.  Even if you have no opinion on the topic, this is still a well-done documentary.  In my opinion it doesn’t necessary hate on George Lucas the whole time but praises him as an artist and his vision.  The documentary seems to focus on mostly the question of why?  Why did Lucas have to change the way we thought of the Force?  Why did he create a character as annoying as Jar Jar Binks?  Why does Greedo have to shoot first and miss Han sitting only two feet away?  Why did you have to take away the hard work people put in, and replace it digitally?  I think my point is made.

“The People vs. George Lucas is directed by Alexandre O. Philippe and can currently be viewed through streaming on Netflix.