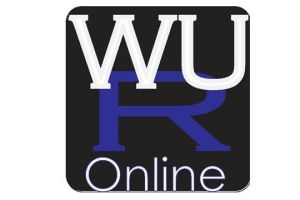 Topeka’s NOTO Arts District is about to welcome an old, but yet new friend to the neighborhood. When the longstanding watering hole at 917 N. Kansas Ave. celebrates its grand re-opening and will officially become known as J&J Gallery Bar during October’s First Friday Art Walk.

Known most recently as Ruffneck’s, the business is doing much more than simply changing its name. Owners Jona and John Rupnick, both Prairie Band Pottawatomie Tribal Members, intend on making J&J Gallery Bar a major part of the arts and entertainment explosion currently going on in NOTO. By giving musicians, performance artists and visual artists all a place to showcase their skills, J&J is offering a new twist on the local bar scene.

One of J&J’s most striking features is the rock wall, dating back to the building’s construction. This wall is to be affixed with track lighting and serve as a place for Native Americans and other contemporary artists to show and sell their wares. The back area boasts a black light art room and live music stage. The atmosphere is unique and sets J&J apart from other NOTO businesses.

“J&J Gallery Bar will be the hip newest addition to the booming NOTO arts district exhibiting works from the art world’s emerging and established artists,” said Jona Rupnick, who has been one of the driving forces behind the re-branding.

Though Rupnick arrived in North Topeka prior to the NOTO fever sweeping over Topeka, her choice of location was no coincidence. Settling on this historic stretch of N. Kansas Avenue after the original Ruffneck’s, located in Emmett, Kan. was lost in a fire; Rupnick decided that North Topeka would be the best place to start anew.

“I chose this area, for one, because of the cost,” said Rupnick. “The rates are very reasonable and I like the old buildings. Another reason was that I knew there had been discussion about a riverfront project, arts district and possible casino. That’s what got me motivated to buy and get established in this area.”

The bar owner admittedly took a gamble with her choice of locale, due to the area’s less-than-stellar reputation, and the move had many close to her shaking their heads in doubt. However, it seems as if her decision has begun to pay off in many different ways over the last several months.

“We see a lot of new faces, especially on First Fridays. I’m excited about the changes because it’s brought in a lot of revenue as well as new people that wouldn’t normally be down here,” said Rupnick.  “In addition to that, I’ve been able to connect with a lot of performers and artists that are excited about what’s going on down here and want to be involved. We’re all able to connect with each other and find a place to work together.  I’ve always been an art advocate. I really enjoy everything going on here.”

J&J has already hosted a number of local bands and featured a diverse array of area artists. Every Thursday night, local musician Judd Mason hosts an “anything goes” open jam session and Rupnick plans to continue featuring live music, both inside and in the back courtyard, which will allow passers-by to witness the diverse array of art J&J has to offer.

The grand re-opening is a two-day event set to kick off during this weekend’s First Friday Art Walk and carry over into Saturday night. Friday night will feature chainsaw performance artist Matt Fund and music by The Cleaners in the courtyard from 5 p.m. to 8 p.m. Saturday night, J&J will play host to local acts Confined in Flesh, Hawg Stompr and Midgetpounder.