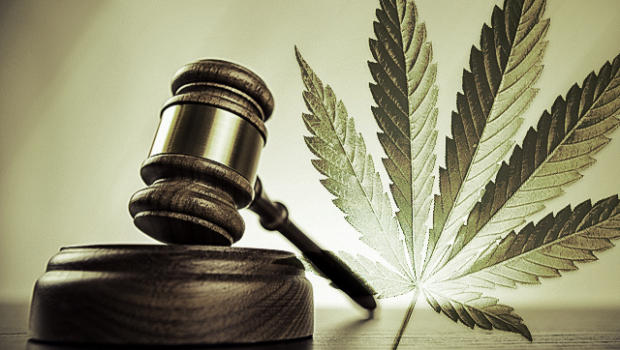 On Election Day, two states did something unheard of in the United States. Colorado and Washington legalized marijuana – not for medical purposes, not in special situations on reservations, but for recreational use. They did not accomplish this by some shady back-room dealings or by finding a loophole in the law. The states passed it by popular vote. And it raises an important question: Will other states follow their lead?

It’s important that we, as a nation, grow up and discuss the implications of legalizing marijuana. According to recent figures by the NAACP, our country makes up 5 percent of the world’s population, and yet a staggering 25 percent of the world’s prisoners. One in every 31 adults is under correctional control, and one in six inmates in federal prison are there for marijuana-related charges.

Our country spends about $70 billion every year on corrections, so the amount we spend to keep people behind bars for possessing some pot is not small. And with the harsh drug offense punishments that began with the 1980s “War on Drugs,” a small amount can get you locked up for many years.

Colorado and Washington have already begun the process of pardoning marijuana possession offenders, freeing up money in extremely tight state budgets which can now go towards other expenses: keeping social programs in place, reducing cuts to education, and keeping taxes lower.

A growing number of economists are looking at the issue in practical terms. It turns out, regulating the growth and sale of pot just like we do tobacco and alcohol could generate a great deal of revenue for our struggling economy.

In fact, estimates from non-partisan groups and think tanks in Colorado estimate legalization could generate anywhere from $5 million to $60 million in revenue for the state per year, depending on how it’s regulated. In a letter to the Congress, economist Milton Friedman (with signatures from over 500 economists) argued that nationwide legalization and regulation could generate up to $6.2 billion annually. This does not even take into account the money it would save in our prison systems.

So what would the negatives be to legalizing marijuana, a drug that in countless studies has shown to be less addictive than nearly any other drug, including alcohol and tobacco? The CDC estimates excessive alcohol use is responsible for 80,000 deaths in the U.S. each year, hundreds of which are due to overdose. At this time, there have been no reported cases of death resulting from a marijuana “overdose.”

What’s to stop people from smoking a joint before getting behind the wheel of a car? Laws. The same ones that we use to prosecute alcohol offenders, we can also apply to marijuana. In fact, while alcohol and other drugs like cocaine and methamphetamines decrease inhibitions and lead to erratic behavior, marijuana alone has not shown to increase risky or detrimental behavior.

Opponents of legalization have often cited increased use leading to increased violence, bad behavior, etc. as one of the most important reasons we should not legalize pot. In fact, legalizing it can have the opposite effect. Prohibition, for example, didn’t decrease Americans’ alcohol consumption. It caused it to go underground. It created an entire criminal culture and an underground black market economy rife with violence and corruption.

Prohibition of pot has done the same thing. By most figures, over one million teens in the United States sell pot. And although we’ve seen a 165 percent increase in marijuana arrests since the 1990s according to state statistics, use of the drug has not decreased. At the same time, we are seeing increased violence on our border with Mexico, which supplies a huge portion of marijuana in the United States.

What would we likely see happen if the United States were to legalize pot? A few things: major investments in agricultural operations to grow the plant (as we’ve already seen in Colorado and Washington), taxation of its sale to generate revenue for the government, decreased burden on our prison system that incarcerates a fourth of the world’s prisoners, and elimination of the pervasive and dangerous criminal culture that takes advantage of prohibition.

A question was raised a few days ago that circulated the Internet:

“What would you rather meet down a dark alley: A bunch of drunks looking for a fight, or a bunch of stoners looking for some biscuits?”

Its something we should consider.