McNeill continues to pace the Ichabods 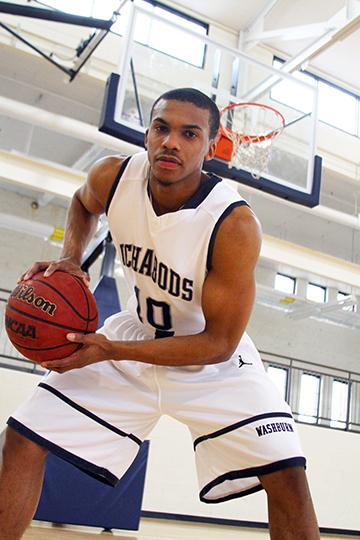 Senior Will McNeill has been hard to stop by opposing teams these past few years. The All-American shooting guard is averaging almost 20 points per game.

Only one player in the MIAA is in the top-15 in scoring, rebounds, assists, steals and minutes played this season. Many fans of the MIAA would say that man is currently the player of the year for the conference. With stats like that it is hard to pick which one is most impressive. He is the second leading scorer averaging 18.9 points per game, 15 in rebounding with 6.2, 13 in assists with 3.2, first in steals with 2.9 and eighth in minutes per game with 32.2.

Will McNeill has played many roles for the Ichabods throughout his career.

“My freshman year I was more of an energy type guy,” said McNeill. “My sophomore year I was a defensive stopper and scored when needed, and my junior year I was a scorer.”

This year he has reached a culmination in all of those but also said that he has become more of a “facilitator.” Being able to add all of these facets to his game is not only evidence of his great talent, but also of his ability to learn and be a good teammate. When it comes to getting better, McNeill uses the offseason and summer to improve his game.

“I set out a goal on what I want to become better at every summer and this summer it was becoming a better passer,” said McNeill.

However he realizes that being second on the team in assists takes more than just a good pass.

“My teammates do a great job of finishing for me,” said McNeill.

Since he has become more of a facilitator as a senior, he not only gets his teammates involved but also diverts some of the focus away from himself. It is much harder for opponents to cover him when there is a threat of him scoring as well as passing the ball, so it is impossible to double team him. When you ask McNeill how he can be do so many different things and do them all so well, he is less focused on his own stats and more on the team’s success.

“Leading the team in steals is just second nature to me but scoring and rebounding are what the team needs so I try to help out wherever I can,” said McNeill.

It is rare to find a scorer of McNeill’s caliber that takes so much pride in his defense but it a great luxury for the team to have. With no other Ichabod in the top-15 in steals, he has helped them lead the conference in steals with 8.8 steals per game as well as the highest turnover margin.

McNeill has big ideas for his future as he hopes to play professionally next year either overseas or in the NBA. With stats like his, that goal is far from inconceivable and I’m sure scouts across the world will have their eyes on the Washburn guard.