Classes canceled and campus will be closed, Tuesday Feb. 26 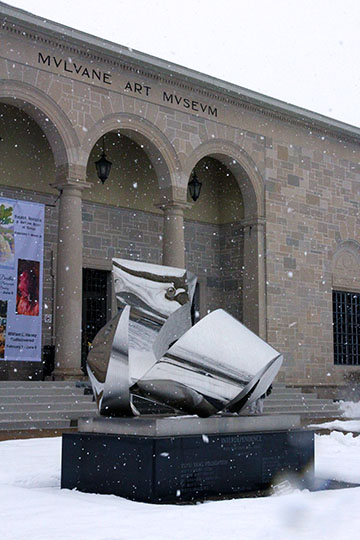 The second storm is coming beginning with flurries Monday afternoon.

Washburn has been through a lot in the last week. A week ago, everyone was running around getting ready for the snowstorm to hit, classes were canceled and campus received two snow days in a row for the first time in years. Upon arriving to class on Monday, the question was if there would be a third snow day on Tuesday. The answer is yes. Classes will be canceled and campus will be closed for the third time this semester.

Over the weekend meteorologists tracked a new storm, which was supposed to be as strong and detrimental as the first, forecasting up to 14 inches of snow in some areas with freezing rain in the mix.

“They are predicting 8-12 inches in the next 12-18 hours, starting now,” said Rick Anderson, VP Admin and treasurer at Washburn University. “The wind is supposed to be worse than the last snow storm so we will have more drifting.”

The decision to close campus comes from a variety of sources including Anderson, President Jerry Farley, police reports from surrounding areas and the decisions of other universities in the area.

“Based on these factors and the fact that it will be happening during rush hour and the amount of the snow, campus will be closed tomorrow,” said Anderson.

For normal snowstorms five to six inches is typical and easily dealt with. Cars can travel in six inches of snow easily, but when the snowfall gets higher than that, is when the trouble begins. Because the predictions for this snow storm are so high and guaranteed, Washburn’s administrators decided to close campus.

“[Five to six inches] is not easy but it’s passable,” said Anderson. “When it gets up to 8-10 inches [of snow], road systems can’t keep up, plows can’t keep up and another part of it is the amount of snow and the timing of when it is coming down.”

The snow began falling around 4 p.m. Monday and is predicted to keep going into Tuesday and possibly into Wednesday. Campus officials decided to close campus because Topeka is guaranteed to have anywhere from 8-12 inches of snow.

“When it’s a 100 percent certainty it’s easier to make the call,” said Anderson. “We usually make the call at 5-5:30 a.m., when they aren’t sure. Given that this is major snow storm like the last one, and they know it’s going to snow ‘X’ amount and that it’s going to be windy and have much more drifting, we feel more comfortable calling it tonight.”