Kansas makes a move out of the ordinary, surprises EIC 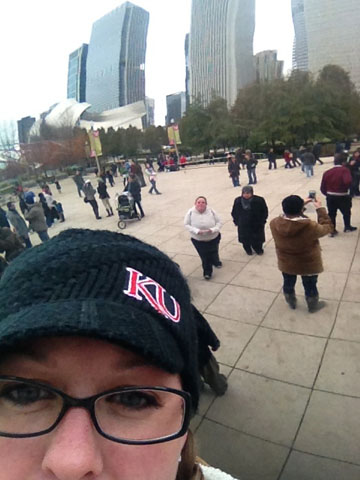 Holy cow Kansas, you have surprised me and in a good way for once. This state is so backwards, it makes my head spin and when I read this article, http://cjonline.com/news/2013-02-22/court-rules-same-sex-child-custody-case, on CJonline, I had to do a double take. After the case of the same-sex couple trying to obtain state aid and being forced to take the biological father to court, http://www.usatoday.com/story/news/nation/2013/01/02/sperm-donor-child-support/1803725/, I never saw this coming.

In this case, the artificially inseminated biological mother of two children, Kelly Goudschaal, shared by the same sex couple doesn’t think that her ex-partner, Marci Frazer, should have legal visitation rights because she never legally adopted the child nor is she a biological parent. Much to my surprise, the court said that they need to investigate the relationship between Frazer and the child before making a decision.

I agree with this decision mostly, because as the partner who wasn’t the “biological” parent was actually acknowledged and her rights were available. Seeing as how same sex couples can’t legally be married, this is the least they could do to show support for someone who may have been involved in this child’s life for some time now. Just because they aren’t married and they are a same sex couple, doesn’t mean they don’t both love the child equally or that the parent who isn’t biologically related shouldn’t have rights that pertain to the child.

I, if you couldn’t already tell, am supportive of all LGBTQ rights and I think everyone should be treated equally regardless of sexuality, gender, race or any of that. In the past I have been appalled with some of Kansas’ laws, but this one is surprising in a really great way. This is a positive step forward for the LGBTQ community in Kansas and hopefully many will follow.

On sort of the same note, right now Washburn has its annual diversity survey active right now and students, faculty and staff are encouraged to take the time to fill it out. This is everyone’s chance to let people that can make a difference what you think WU needs to improve on when it comes to diversity and making everyone, regardless of race, gender, religion and sexuality, feel safe and welcome on campus.

I personally feel comfortable and accepted on this campus, but I am sure not everyone feels this way. I feel like Kansas is coming a long way in accepting people for who they are. I feel like just because the politicians in this state aren’t accepting, doesn’t mean the people aren’t. In light of this recent court case, I feel much better about our state.