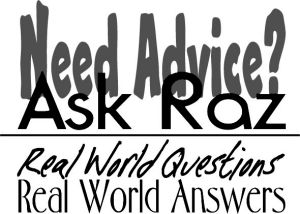 Question: I’ve never been one for confrontation but there is this girl in my class who is always on her cell phone watching YouTube or on Facebook and she’s directly in front of me. It’s very distracting and while I’d love to also be on Facebook or whatever instead of dealing with a boring class, I’m paying lots of money to be here. She’s not the only one either. There’s this row of girls who are always chatting in side conversation while I’m trying to listen. I’ve moved several times but they’re so loud that it doesn’t seem to matter. The teacher is too nice to say anything, but it’s really annoying. It’s almost summer so hopefully I don’t see these girls again next semester but I’m a freshman and I bet this is going to happen more and more so how do I politely tell people to quit wasting my time when I’m trying to learn?

Answer: Here is the beauty of it, you’re absolutely right: only a couple more weeks and you’re free of it all. That said, this speaks to a much larger issue we have in our classes right now, which primarily has to do with the overall insensitivity and brazenness of the student body toward each other. It’s downright rude to be on Facebook during class. If you’re bored, it’s because you’re not pulling the conversation to you, or being invested in your education.

Now, more than likely, she’s not going to care about your academic aspirations as she’s already on Facebook and having side conversations. However, if you approach it nicely, you might be surprised. If that doesn’t work, talk to your teacher about what can be worked out (which sounds totally junior high and seems like you’re suddenly a tattle tale, I digress).

Here’s the thing: your education is your responsibility. Everyone here is 100 percent accountable for their grades and how much they get out of their classes. I understand that some teachers are more proficient than others, but if you’re failing your classes while skimming the internet on your phone, it’s your fault. Frankly, it’s rude, tacky, and we all see you do it. More and more professors are having to outlaw laptops and other devices in classes because people like you don’t know when it’s appropriate to make duck faces at your friends.