Annual Inscape magazine debuts in May 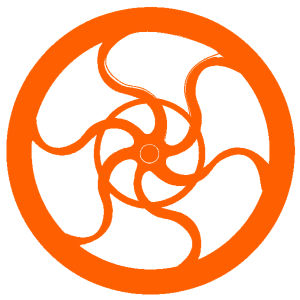 The definition of inscape is an essence, or an inner quality of something, especially something in nature. Inscape is also the literary journal of Washburn University and features works of art, poetry and fictional and non-fiction short stories from all over the country. Its purpose is to feature writers and artists both on the local and national levels and raise awareness of others’ talents.

“Inscape is a way for first-time writers to get published and even long-time writers to share their new ideas,” said Codi Spiker, editor, design director, fiction editor and proofreader of the magazine.

“It’s just really exciting to see Inscape come out of Washburn, and there are a lot of Washburn contributors, like alums or students, and it’s nice to see the English department do something so beautiful like this,” said Spiker.

This is the first year that students have had a part in the process of proofreading, editing and designing the magazine on their own. The collaboration between students and faculty present a literary magazine on the national level.

“It teaches a lot, and we learn a lot… it’s a part of our educational mission at Washburn; putting out something as ambitious as a 120-page literary magazine,” said Tom Averill, the new faculty advisor at Inscape.

The editors, who work on this magazine, work year-round on each issue. As soon as this year’s issue debuts, they will begin work on the next magazine.

Inscape has a long history as a literary magazine at Washburn. Washburn’s English Journal Club, founded in 1917, was the first to publish a magazine on campus. It was called Washburn Magazine. The next magazine, Hemlock, emerged in the fifties as Washburn’s first literary magazine. In 1972, the name was changed to Inscape. Last year, the magazine celebrated its 40th year.

Anyone interested in submitting an original work can do so online at inscapemagazine.org. Works of fiction or art can be submitted between May 15 and Oct. 24. If anyone wishes to purchase Inscape, copies are only $10 and can be bought at the Ichabod Shop.

This year’s issue debuts May 1 at Southwinds Gallery at 7 p.m. There will be snacks, drinks and a chance for the public to mingle with the contributors and staff of Inscape and ask questions. The debut is a mixer open for the public. Selected stories from the magazine will be read, and the art in this issue will be on display by those who submitted to Inscape. Several of the out-of-state contributors, coming even as far away as New York, will be in attendance to discuss their success with the staff of Inscape.

During the debut, there will be an Editor’s Choice Award, in which the best poetry, artwork, fiction and non-fiction short stories will be given a $100 prize. All who submit to the magazine, and are chosen, will receive a free copy of Inscape.