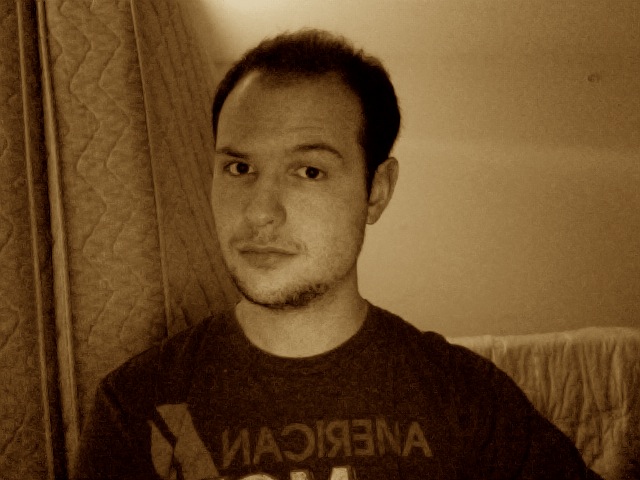 By “real,” I mean something that I give 40 hours a week and a month of training for a base starting salary and no social life. I’ve always had alternative kinds of work, like radio stations or video production companies, with relaxed schedules and creative opportunities. I’ve never had the typical office job… but I could have.

On Thursday I had my first real job interview, for my first potentially real job. It was with an insurance company, and I was interviewing for an independent agent position. This isn’t what I imagined myself doing, but I could do a far sight worse.

Dressed in my best suit and tie, humming Justin Timberlake’s new track of the same name, I walked into the company’s small office, and sat in a small conference room filled with people. There were about ten of us waiting on the branch manager to arrive and begin the interview.

Well, it really wasn’t an interview. It was more like a really short class; the branch manager walks in, explains himself and the company, offers compelling reasons on why one would want to work for them, mentions the incentives (nice cars and homes, vacations, etc.), and fields the group for occasional questions.

It felt like a classroom of condescension. Group interviews can’t be productive, I don’t understand how it could possibly work. One woman politely excused herself because she was intimidated. The only way it could work, in my mind, was if the guy conducting the interview, said branch manager, was taking mental notes of everyone’s body language, which I’m sure he did.

So, in my natural training, I looked him in the eye and shook his hand firmly. I hope he appreciated it, because I don’t know anything else.

It was overall an odd experience, but I drove away thinking “maybe this will be my first real job.” However, after doing my research, it definitely won’t be.

After my weird interview experience, I went online and did some searching. The company in question is Banker’s Life and Casualty, and according to various online sources, it’s nothing more than glorified telemarketing work, “forcing your way into the homes of seniors and offering them insurance they don’t need.”

Some call it a scam, but it’s more of a rip-off to me. Apparently they base your income on commission, which is how sales works, but what ends up happening is they bring in unsuspecting chumps like me to make hundreds of cold calls to old folks, and almost every single one of those will be a “no.” So, you end up doing all the work for them for free, and most people leave after a couple of days of telephone humiliation.

There are also some posts online from people who do work for Banker’s and are successful at it. I call these people “snake oil salesman.” It’s an old term I picked up from my grandma, who definitely knew these kinds of folks when she smelled them. These people have three major personal traits: they wear suits as if they’re tattooed onto their skin, they are excellent communicators with great diction and delivery (the really scary ones have an intense gaze, and like using it to bend peoples’ will), and they brag about their success while acting like it’s not a big deal. “Oh, it’s nothing, I just sleazed a bunch of senior citizens out of their money, and now I get a huge commission bonus, which I just used to buy a new Cadillac. My life is wonderful.”

The sickening thing to me is how convincing these folks are. The branch manager I met today had the entire room captivated with his speaking delivery, yet as I recall it, it meant nothing. It was all fluff designed to get your spirits up and persuade you into working for them. I’m sure the branch manager is a very nice individual… actually, scratch that, he was a douche. He even said directly during his speech that people over the age of 65 control most of the wealth in this country. “Banker’s is positioned at the right place, at the right time. We have to take advantage of this opportunity.” That opportunity being grandmas and grandpas with leftover cash. Who in their right mind would take advantage of that?

I almost feel bad for the guy, but he could’ve chosen a different career, like being a garbage collector or college professor. At least those, in my view, are real jobs. His line of work is killing him as a human being. It’s turned him into one of the worst kinds of scum: a swindler who profits on ignorance.

Personally, I’ll continue working at radio stations and video production companies, thank you. Hopefully I’ll never have to work a “real” job in my entire life. Wouldn’t that be great?