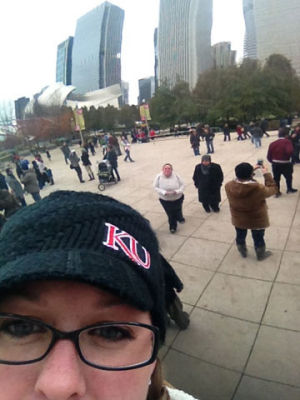 I am getting so sick of writing about reasons why Kansas disappoints me week after week, but here I go again. I don’t understand a lot of things that happen in this state and the recent abortion laws can definitely be put in that category.

I am definitely pro-choice, so this law really bothers me. I know it isn’t completely banning abortions, yet, but it’s a step in that direction. The problem is that I don’t think any government should tell a woman what she can or cannot do with her body or when they believe life begins. I feel like this is a religious/worldview decision that can only be made by the people affected by it – not some person you’ve never met. This law also wants to block tax breaks for abortion providers and providing sex education materials or even instructors for sex education classes.

Although it’s still legal for women to have abortions as long as they are under 22-weeks along in their pregnancy, according to a CJonline story, Talcott Camp, deputy director of the ACLU’s Reproductive Freedom Project, said the language could eventually “open the door to extreme interpretation of other laws. It provides something that future bill sponsors would point to, and say, ‘This is already Kansas law.’”

I think religion and state should be separate for this exact reason. Religion, I feel, is driving many people, including our very own Gov. Sam Brownback, to want these laws to be in effect. They have no personal interest in the women who want the abortions, this is purely religion being brought into politics. Why should there be laws telling women when they can have an abortion or why they can have one? After all, this country is supposed to be “free” and not dictated by religion. Isn’t that why the pilgrims came over here anyway, to escape the church?

We all know Brownback is going to sign the bill and when he does, we will be the 14th state with this sort of language in our laws. When it passes, it will take away some things that I think are needed – such as public school sex education classes. This is something that needs to be in place in our public school system. If we don’t educate our children about how to prevent unwanted pregnancies, they are more likely to have unsafe sex and get pregnant, therefore, wanting an abortion. This seems like a bassakwards approach to abortion. Sex ed class is what kept me from having an early pregnancy and STD’s – why wouldn’t we want for that our own children?

I don’t really want Brownback deciding what is best for me or my children. Do you?