Pro Boxing/MMA Fights were great to see in Topeka 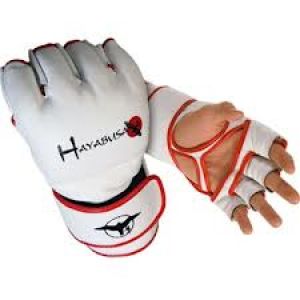 I went to the Pro Boxing/MMA fights on June 22 at the Kansas Expocentre. MMA stands for Mixed Martial Arts. I was there early so I could see how the ring was set up. It looked amazing and although the fights did not start on time, I was not disappointed. Any fight fan would have loved to have seen these fights. In the first seven fights, most of the winners won by KO (which means Knockout or TKO which is Technical Knockout). That happens when one fighter can still stand up, but he doesn’t know where he is.  Some fights went the scheduled rounds, but most fights were quick which made it that much more fun to watch. The only problem that some fight fans may of had with this event was the fact that there were 16 fights on the fight card. Near the end I was getting tired, but I still stayed because I am a fight fan.

One thing for sure is I am a fan of both boxing and MMA, but at the event I was leaning more toward MMA. I like it because it combines wrestling, boxing and kickboxing all in one. These fights were unpredictable and during the last fight, the winner won 32 seconds into round one which everyone stood up and cheered. Don’t get me wrong, I also like boxing, but some of those fights were fighters who did not want go toe to toe with each other which made the crowd upset.

Another thing I had a problem with was they had the same referee for all 16 fights. Usually for different styles of fighting there is a referee who knows the rules well for that kind of fight. It looked like that the referee sometimes could not keep the rules straight. The referee still did a great job that is just a long time for one referee, and after a while it was understandable if the referee was tired.

I know what to expect for Pro boxing/MMA fights. The main thing is know it will be a long night. Not everyone would want to stay for the entire fight card because it can become boring after a while. There were some slow spots, but that is any given fight. I will say that Danger Fire Promotions knows how to put on a show for fight fans everywhere. The thing I would suggest to fights fans is check out the fights live the next time they are in Topeka or when they are close to Topeka because the fights are a great time to hang with friends and to meet new people.

If I had to give a rating for what I thought of my first time seeing live fights like this, I would give it a 10 out of 10 because it is so much greater live than when they are on TV. Don’t take my word for it and check it out the next time they are in town.