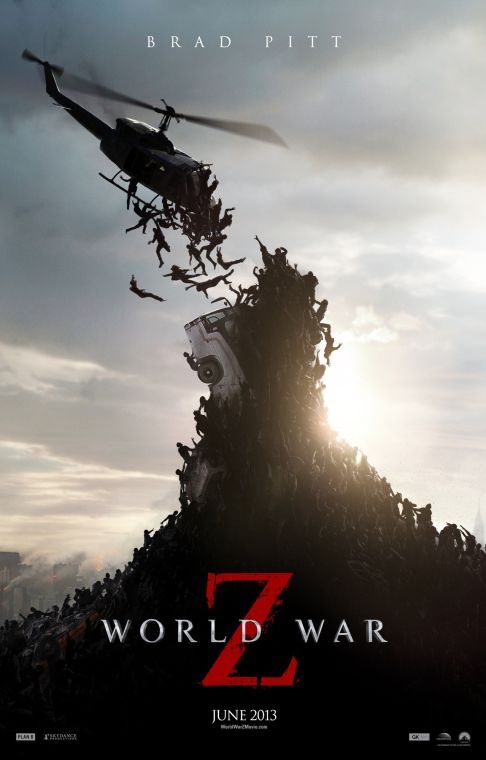 Recently I went to the movie theaters to see “World War Z”. It is a zombie movie that is based on a book with the same name by Max Brooks. The movie follows Gerry Lane played by Brad Pitt who is a United Nations employee that is retired. He is spending time with his family when the zombie outbreak happens and he is pulled back in to help the united nations to figure out how to stop the outbreak.

This movie is a non stop adrenalin movie with tension so high that I felt like I was there. It is different than other zombie movies where most are just action and has no story line. To me it just offers a different view point on zombies. I liked how the movie kept me on the edge of my seat because it seem like no matter where Gerry went he was not safe. I saw this movie in 3D, but it also shows in 2D. The 3D gave me an extra feeling of being right there in the action.

The cinematography in the movie was a mix of day time and night time. In the scenes where it was dark or the power was out I would be watching intently and then with it being so dark I never knew what was going to pop out at me at anytime. This made it that more enjoyable. The sound effects and the music for this movie did a justice because it helped to intensify what the character was going through on screen.

This movie was great to see all though I did want a little more from it because it was fun to watch. I would have to give the movie a nine out of ten because there could have been more to the background on Gerry. However it is still a great movie. I will now go pick up to book to see how different the two are. This is my rating, but don’t take my word for it and check it out.