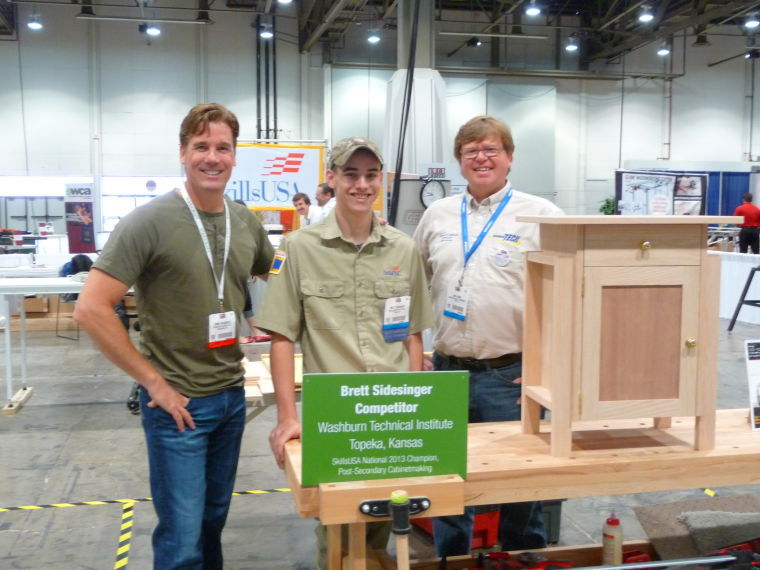 The winner of the competition will compete in the 2015 WorldSkills competition in Brazil. As runner-up, Sidesinger will take his place if he is unable to attend. Sidesinger graduated in May from Washburn Tech’s cabinet and millwork program.