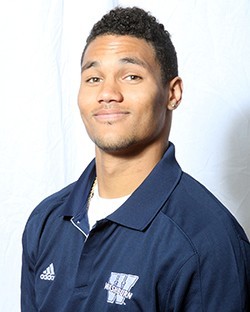 The Washburn football team opened its season on a positive note tonight in Kearney, Neb. The Ichabods dominated all three phases of the game in their 58-13 win.

The offense used a balanced attack consisting of 44 rushing attempts and 34 passing attempts from the combination of junior quarterbacks Mitch Buhler and Joel Piper. Piper got a few snaps during garbage time in the fourth quarter completing 4 of his 5 passes for 79 yards including one 43 yarder. His only incomplete pass was an interception that was quickly turned into 6 points by the defense.

Buhler got all of the reps with the first team offense and had an impressive night throwing for 273 yards and 3 touchdowns, completing 16 of his 29 passes.

“A lot of what he did was become more confident in himself,” head coach Craig Schurig said of his quarterback. “I was proud of him. He had an interception. It wasn’t a good throw by him. But then he came back and went for the big play and got it.”

That big play was to sophomore wide receiver Jordan Hart. After starting as a true freshman last year, it seems that the speedy wide out is ready to provide some big plays for the Bods this season. He caught just three passes, but made the most of those opportunities, finishing the game with 150 yards and two scores of 68 and 55 yards.

“He’s an explosive player,” Schurig said, “He’s got great speed and when he came off the field he told us that he could beat his guy. We trust our players, and we went out and gave him that opportunity. He blew by his guy and made the play.”

The only negative side effect of those big plays was that the offense never really put together a sustained drive. The two scores by Hart, ended drives of just 41 and 8 seconds respectively. The team had just one scoring drive that lasted more than three minutes and that was the final scoring possession of the game.

While the explosive offense certainly got most of the attention, the Ichabods owned every aspect of the game. The defense forced 7 total turnovers including 4 fumbles and 3 interceptions, two by senior linebacker Willie Williams. While coach Schurig wasn’t too critical of the defense he did say that, “We gave up more yards on the ground than we’d like to.” It may be hard to keep teams under the 187-team rushing yards Kearney posted tonight with such short offensive possessions.

Special teams got much more attention in this game than most. Most of that attention was due to the outstanding performance turned in by redshirt freshman kicker, Justin Linn. He put 7 extra points through the uprights and added 3 field goals. The most impressive 3 pointer came from 51 yards out.

“Justin has a very strong leg,” Schurig said, “He felt good before the game and said he could make it from over 50 yards, so when we got the opportunity we gave it to him.”